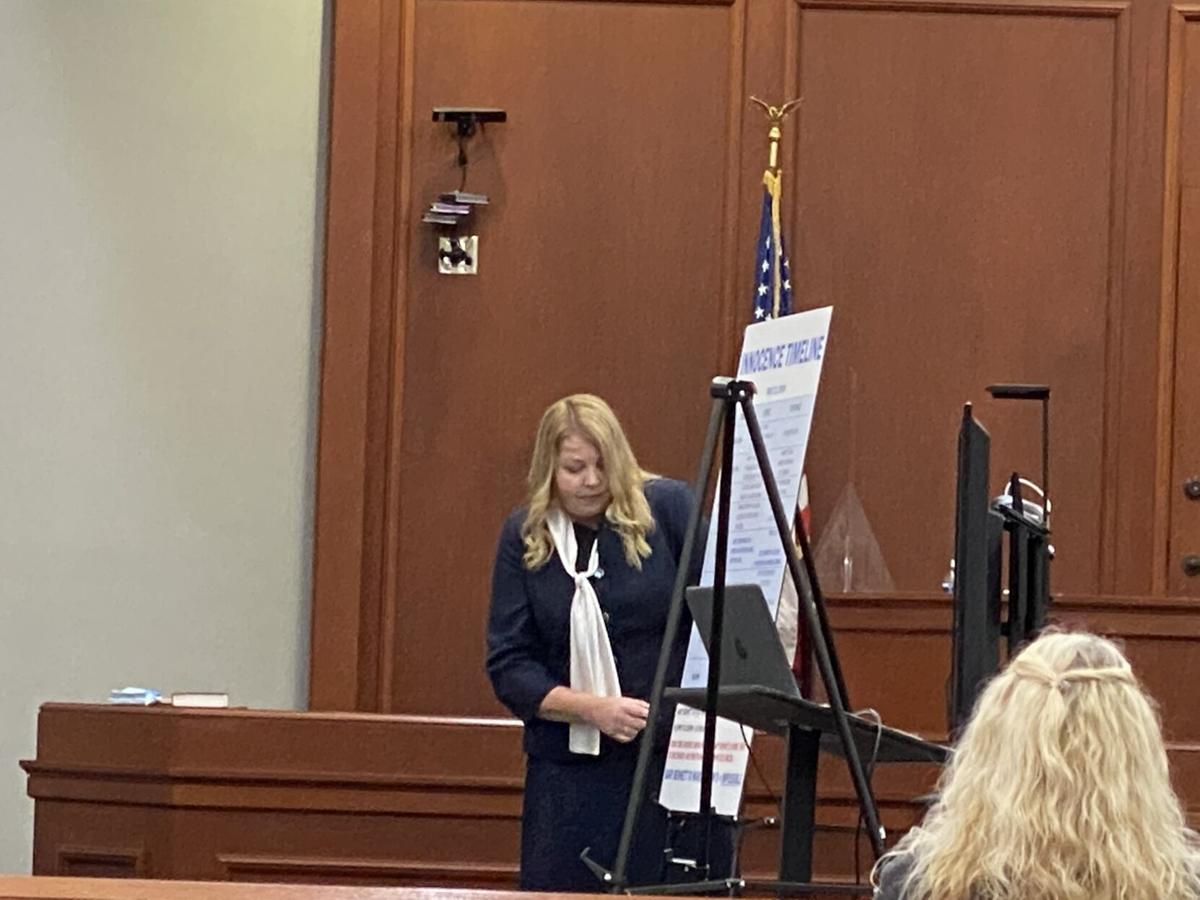 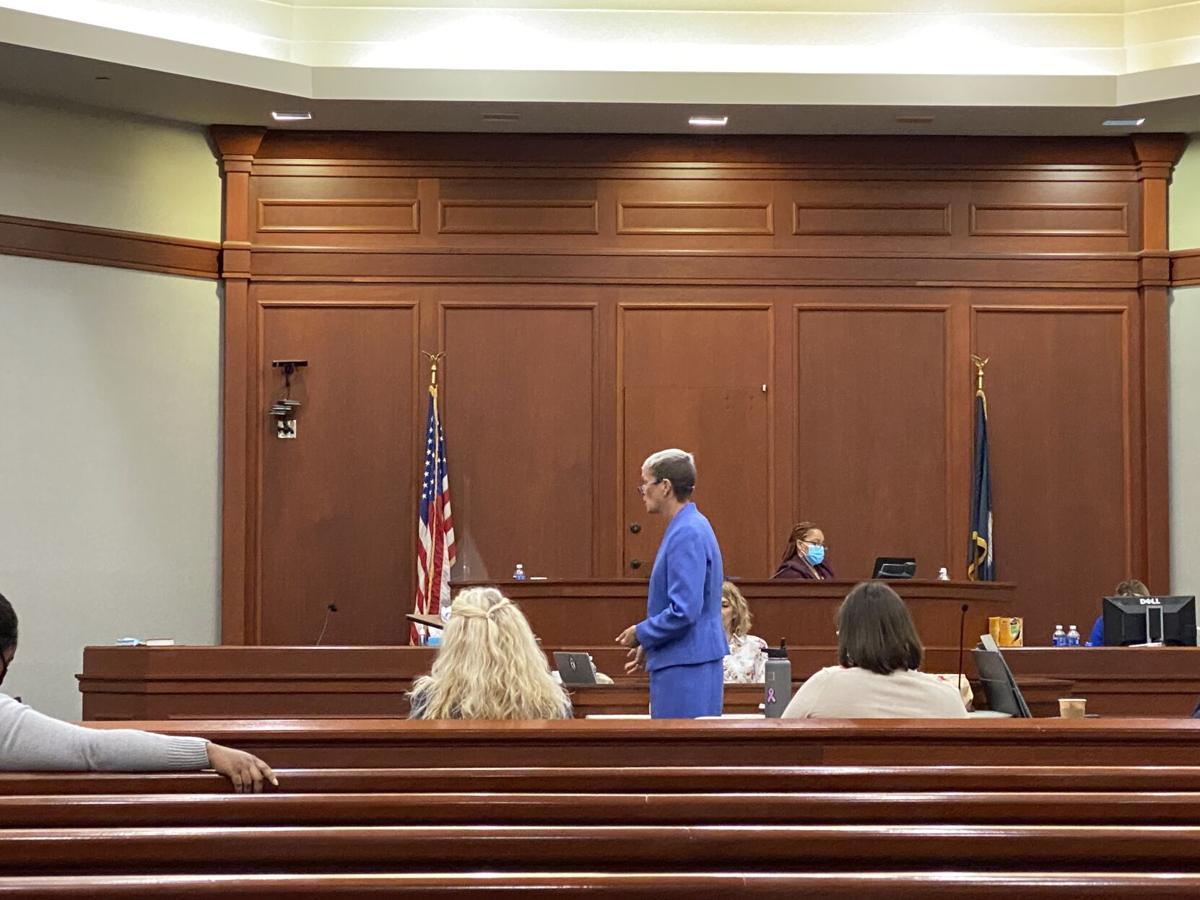 Assistant solicitor Mary-Ellen Walter gives the state's closing arguments in the retrial of Gary Wayne Bennett, who is facing murder, armed robbery and first-degree burglary charges in connection to the death of Eva Marie Martin. Photo by Ian Livingston Brooking. 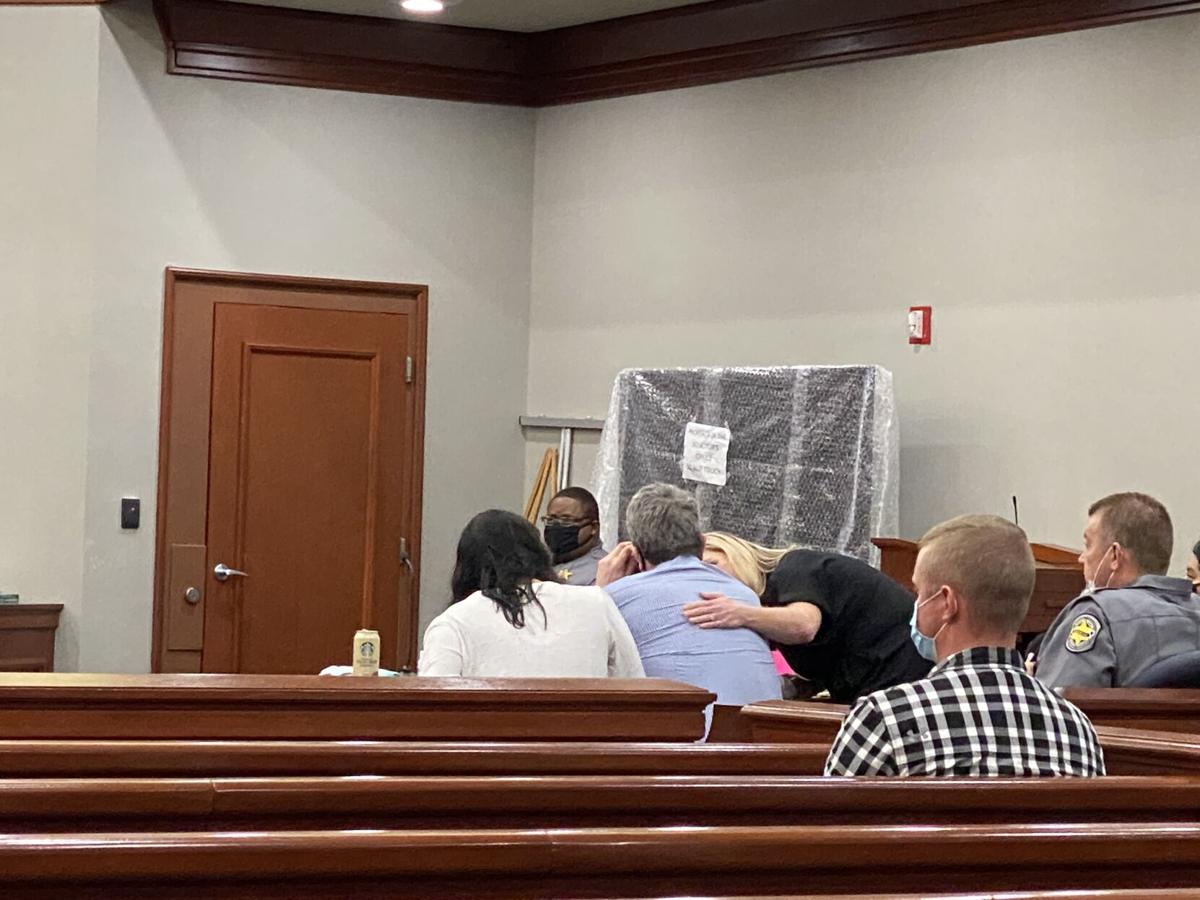 Gary Wayne Bennett becomes emotional and is comforted by the defense team as the defense finishes up their closing arguments in court on Wednesday. Photo by Ian Livingston Brooking.

Assistant solicitor Mary-Ellen Walter gives the state's closing arguments in the retrial of Gary Wayne Bennett, who is facing murder, armed robbery and first-degree burglary charges in connection to the death of Eva Marie Martin. Photo by Ian Livingston Brooking.

Gary Wayne Bennett becomes emotional and is comforted by the defense team as the defense finishes up their closing arguments in court on Wednesday. Photo by Ian Livingston Brooking.

Gary Wayne Bennett’s fate now rests in the hands of a jury, which will continue deliberating Thursday morning.

Bennett has been charged with first-degree murder, armed robbery and first-degree burglary in connection to the death of Eva Marie Martin.

She said Martin had left an abusive relationship, got a job a local Taco Bell and worked her way up to assistant manager.

The state contends that as the three got to know each other, Martin tried to help Vrooman leave Bennett.

“She was a victim of the partnership of Amber and Gary Bennett,” Walter told the jury during her closing argument.

Initially, police charged Bennett and a man named Andrew Lindsay with the murder.

Lindsay received a plea deal that allowed him to admit to being an accessory after the fact.

Prosecutors called the partnership that Lindsay and Bennett had leading up to the night of Martin’s murder “a criminal partnership.”

Walter described Lindsay and Bennett as “criminal confederates” and added Lindsay was the “perfect partner in crime” due to Lindsay having been convicted of murdering a woman in Illinois in the 1990s.

Originally, Lindsay was set to serve a 15-year sentence for second-degree murder in Illinois but was paroled.

According to court testimony, Bennett and Lindsay took part in several burglaries while working at a pest control company.

"[Lindsay and Bennett] were creating master keys and took things from certain units," Vrooman testified. "They brought back phones, TVs, anything they wanted from these units."

She added the stolen items were sometimes brought back to her home in Socastee.

The state said Bennett and Lindsay wanted to get the combination to the Taco Bell’s safe and that Bennett grew “obsessed” with stealing the money.

“At some point, the little bits and pieces that they were able to steal wasn’t enough,” Walter said.

Prosecutors allege Martin’s murder stemmed from a plot concocted by the two of them to steal from the Taco Bell.

“That plan led to the crimes he [Bennett] is charged with today,” Walter said.

Throughout Bennett’s retrial, the defense brought forth witnesses that were deemed experts in forensic science, police investigations and false statements.

The defense also utilized phone records in an attempt to prove Bennett had no role in Martin’s murder 20 years ago.

In its closing statements, the defense pieced together a timeline of phone records and testimony from the trial to try and prove their client’s innocence.

Phone records indicate that Lindsay called Bennett numerous times after the murder and reached out to locations such as a funeral home and the Taco Bell that Martin worked at.

“Why is Lindsay calling the funeral home, media outlets and the Taco Bell?” defense attorney Aimee Zmroczek asked the jury.

Attorneys on both sides pushed the jury to honor Martin with the proper verdict.

“You have the tools to tell the state that Gary Bennett is not guilty,” Zmroczek said.

Walter didn’t buy it and said the tears shed by Bennett were “crocodile tears.”

The jury began deliberating just before 12:30 p.m. Wednesday. The deliberation is set to continue Thursday morning.