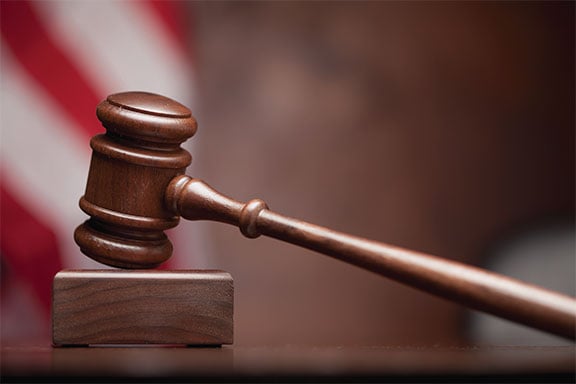 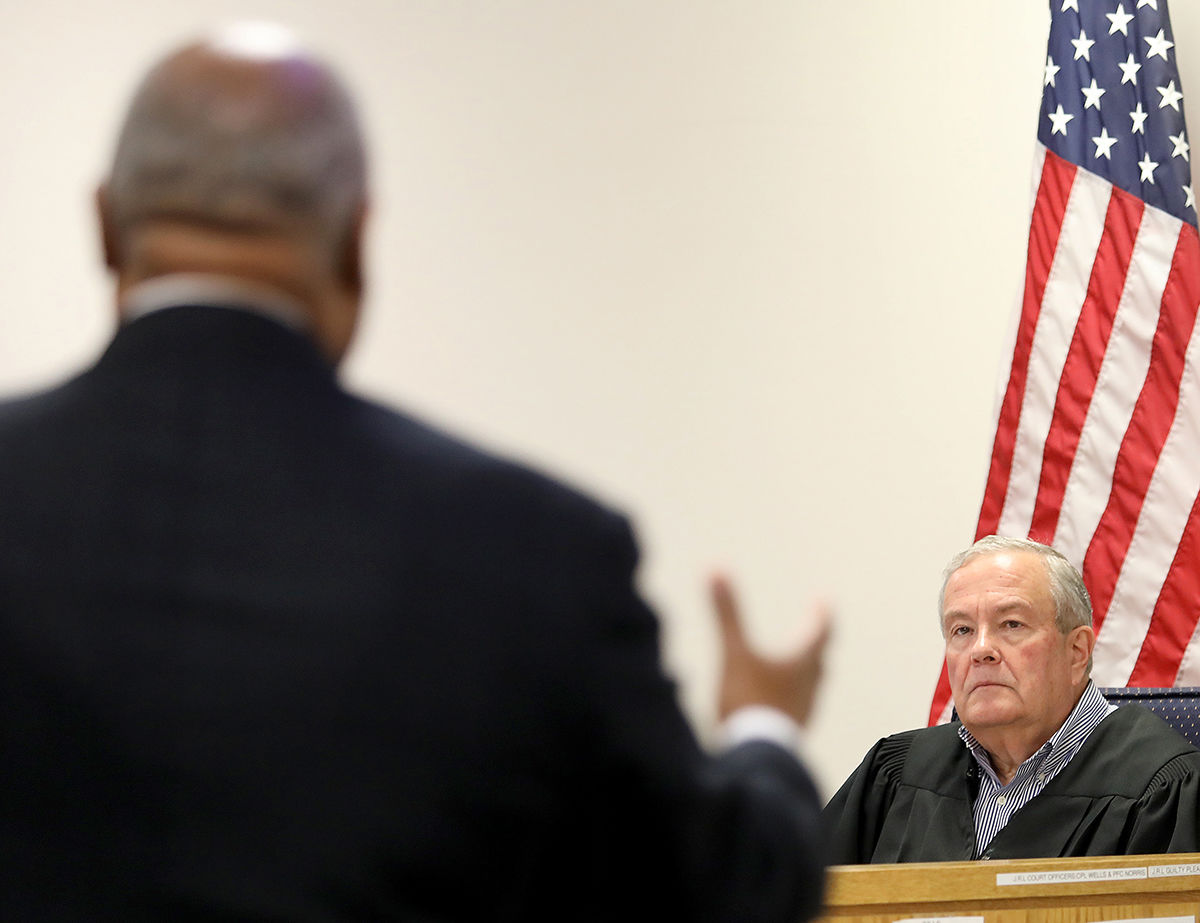 Judge Clifford L. Welsh listens to attorney Ralph Wilson Jr. describe how his clients defended themselves in an Ocean Boulevard shooting. Aaron Tirrell Rashad Williams, 25, and Timothy Daeshawn Williams, 23, both of Conway, have been charged with attempted murder and possession of a firearm during the commission of a felony. They were granted a $35,000 bond each for the charges. The incident left one person with a non-life threatening injury.

Horry County attorney Ralph James Wilson Jr. on Monday cut a deal to plead no contest to assault, third degree, instead of going to trial over the domestic violence charge for which he was indicted earlier this year.

The deal means Wilson Jr. would accept a punishment without admitting guilt. He was accused of assaulting his wife, Jessica Wilson, at their home in Myrtle Beach.

Judge R. Kirk Griffin sentenced him to 30 days in jail for the misdemeanor assault charge and suspended the sentence in favor of a $500 fine that Wilson  must pay by the end of the month.

According to an arrest warrant for degree domestic violence, Wilson Jr. on Jan. 24 hit his wife “in the back of the head and face several times. He poured water on the victim and placed a pillow over her nose and mouth which impeded her air flow and had the substantial likelihood of causing moderate bodily or even severe bodily injury. The defendant also took the victim’s cell phone and threw it into the backyard, which took away her access to call for help.”

His office said he was fully prepared to go to trial if needed, and referred to court filings showing Wilson Jr.'s attorneys disputed the accuracy of the warrant. The documents say the children were in another room when the incident occurred.

Wilson Jr. has already faced other consequences stemming from the charge. In February, the state Supreme Court temporarily suspended Wilson’s license to practice law in the state.

“He’s a fine young man and he has no history at all in terms of criminal activity,” said Morgan Martin, Wilson Jr.’s attorney. “This is an unfortunate event that occurred that night. This is a situation that has had Ralph suspended from practice for nine months. It’s put the family and children in the family in a difficult situation.”

After the sentencing, Wilson Jr. said he was exhausted.

"I’m tired, but I thank my family, I thank my friends, members of the Horry County Bar who’ve been wonderful, and people who believed in me this entire time," he said. "I’m grateful and I prayed this morning and thanked God, too.”

Wilson Jr.’s father, Ralph Wilson Sr., was a former solicitor in Horry County and Wilson Jr. has represented clients in a number of high-profile cases. To avoid a conflict of interest, York County prosecutor Jenny Desch from the 16th Judicial Circuit was brought in to handle the state’s case. A jury had already been selected for trial when Wilson Jr. made the deal.

Desch told the court that on Jan. 24, a friend of the victim had called police to check on things at the house, adding “that the defendant had admitted to an argument that escalated to the point that it was reasonable for the victim to fear harm.” Wilson Jr. told the court he agreed with that assessment.

But the case never went to trial in part because the victim did not want the state to prosecute.

“The victim in this case has been quite clear on her stance on this that she did not want to go forward,” Desch said. “We have heard from an attorney that she hired to speak on her behalf today. We’re very well aware of it.”

Griffin said he agreed with the deal in light of Jessica Wilson’s desire not to go forward with the case.

“Based on the totality of what I’ve heard here today, based upon the victim’s wishes, the fact that she signed an affidavit of non-prosecution, that she further affirmed her desire not to participate in this case in the letter addressed directly to the court, I think that the plea agreement that has been reached between the state and the defense is an appropriate outcome for this case,” Griffin said.

Outside the courtroom, Wilson Jr. was relieved the nine-month ordeal was over.

“I’m gonna get the first night of good sleep I’ve had in a long time,” he said. “That’s my plan, and spend time with my family.”