Raja Imran Younas, Jessica Voight, Syed Rehan Naqvi and Tigran Havhannisyan devised a scheme to defraud workers from outside the United States who came to the country with non-immigrant work visas, according to the indictment. They each face up to 20 years in prison if convicted. Havhannisyan was not named when the indictments were first announced last week.

All the businesses are registered with Myrtle Beach addresses, according to the S.C. Secretary of State’s Office.

The indictment alleges that at least since 2014, the defendants took part in a scheme to coach potential workers on how to complete visa petitions and provide false information as well as how to conduct themselves during immigration-related interviews. They also collected improper fees from workers seeking H-2B nonimmigrant work visas for non-agricultural seasonal employment.

The defendants misrepresented that they had a cultural exchange program in order to sponsor workers seeing a Q-1 visa for which participation in such an exchange program is a requirement, but instead placed those workers with inward-facing housekeeping jobs and no opportunities for cultural exchange, the indictment says. For a Q-1 visa, intercultural engagement and exposure must be an essential part of job duties.

The accused also collected improper fees from aliens seeking B-2 nonimmigrant visas, in violation of federal law, causing the workers to wire funds to accounts associated with the conspirators, the indictment says. People with B-2 visas are not allowed to lawfully work in the United States.

The filing says the conspirators promised workers full-time employment but did not provide it, and consistently paid the workers less than the amount stated in the worker’s contracts and in the applications the defendants submitted to the Department of Labor and the United States Citizenship and Immigration Services.

During a press conference last week, officials said they had identified dozens of victims, many of whom are from the Philippines and Jamaica, and said there may be hundreds more.

Anyone who believes they may be a victim can contact the Department of State at traffickingtips@state.gov. 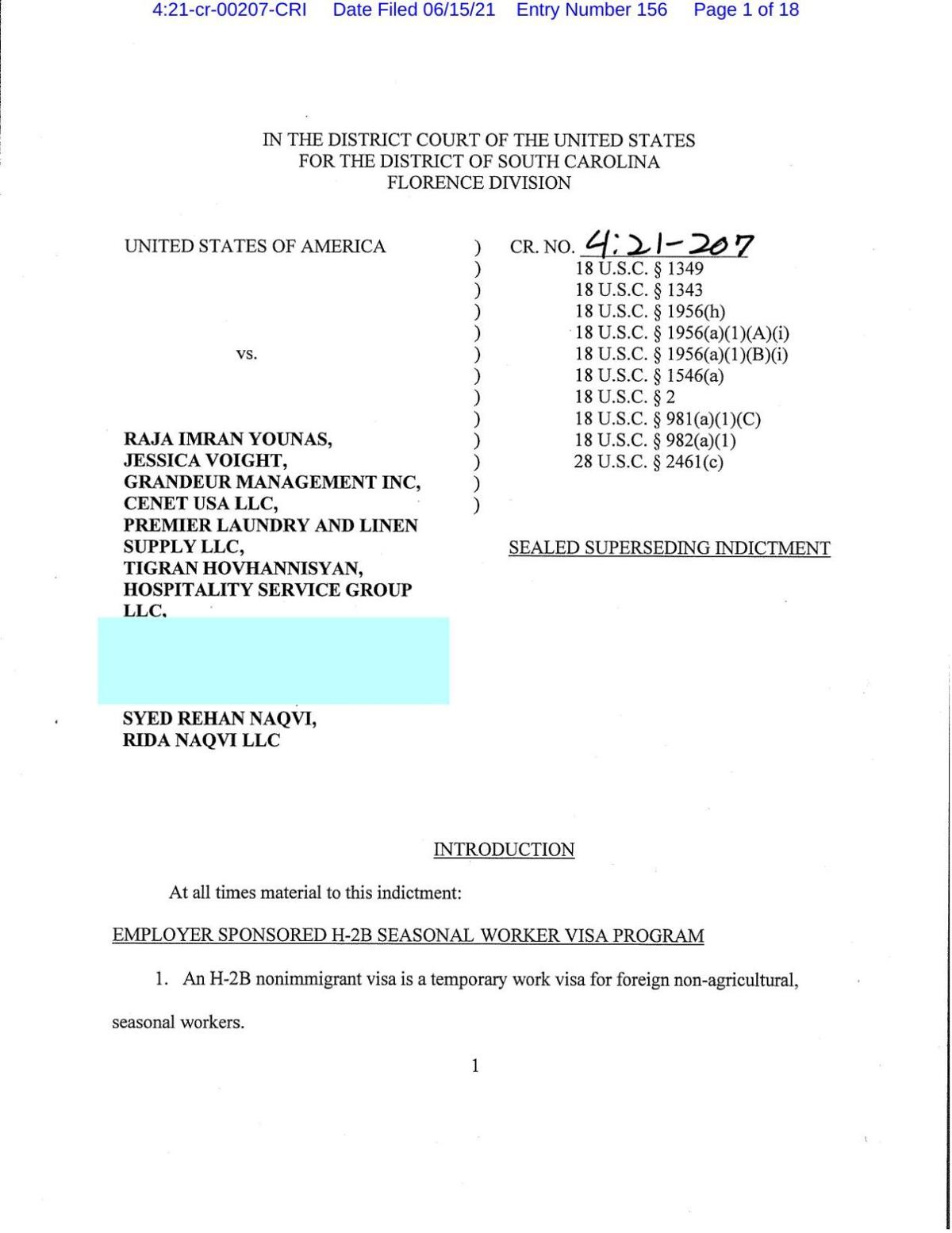 DONATE YOUR CAR TO KIDS.