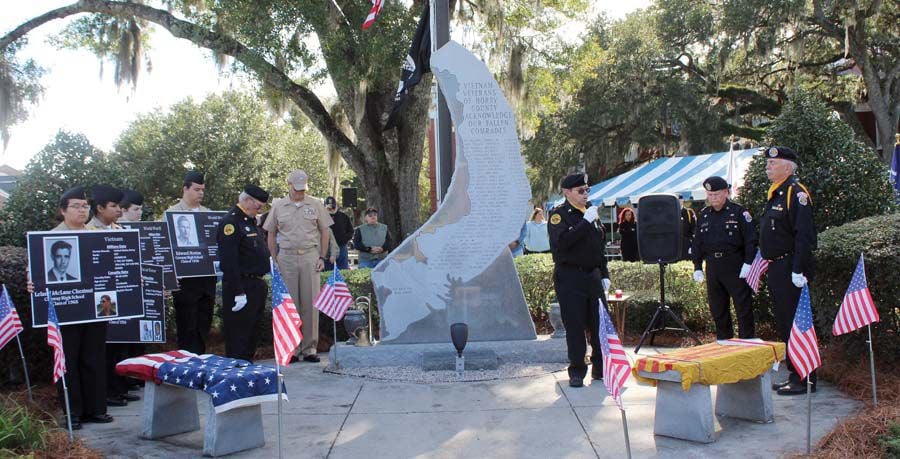 Vietnam veterans paid tribute to their dead at this past past year's Veterans Day activities. The Vietnam group will be back this year, along with lots more patriotic activity. 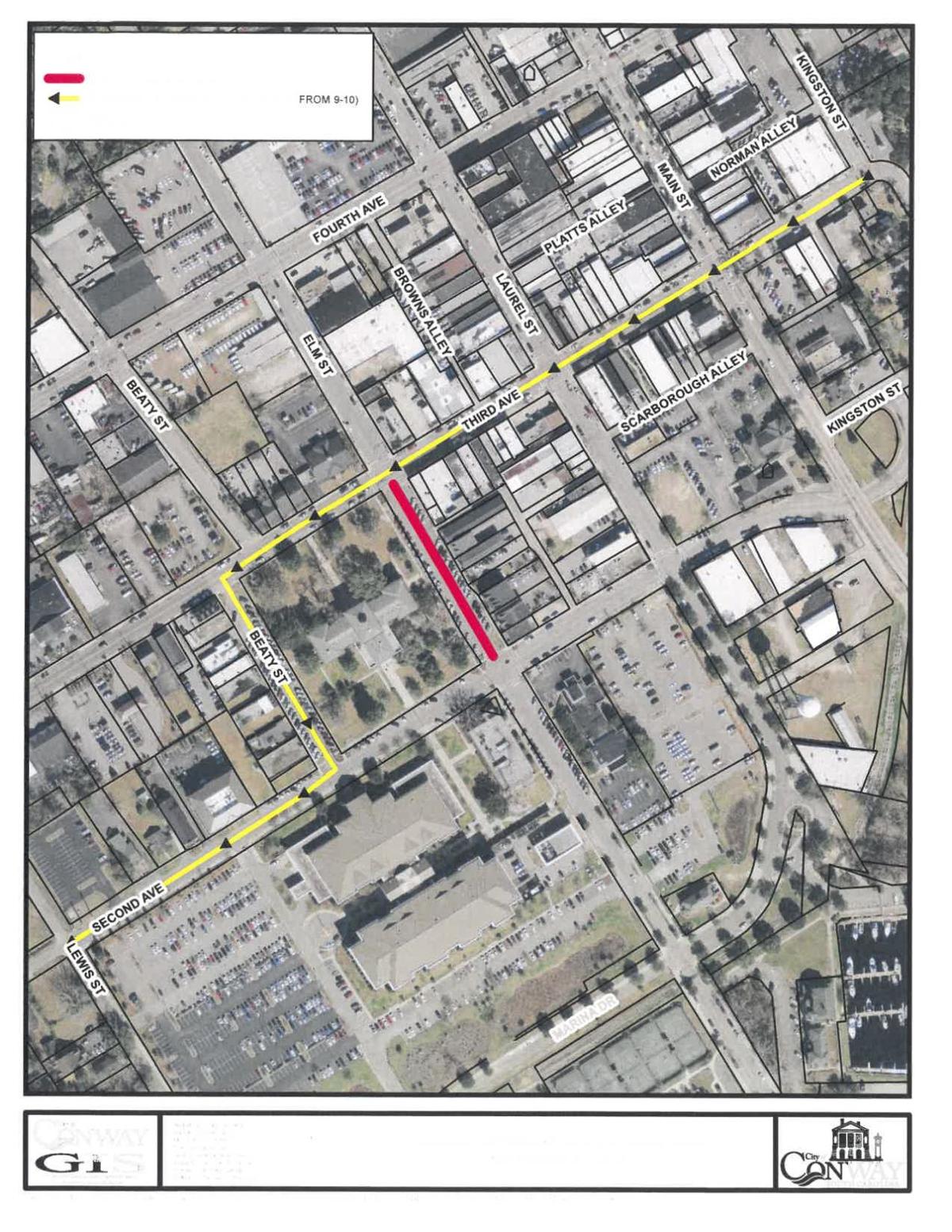 This map shows the route of Saturday's parade. It will start in the area of the Ocean Fish and Kingston Presbyterian Church an end on Lewis Street.

Vietnam veterans paid tribute to their dead at this past past year's Veterans Day activities. The Vietnam group will be back this year, along with lots more patriotic activity.

This map shows the route of Saturday's parade. It will start in the area of the Ocean Fish and Kingston Presbyterian Church an end on Lewis Street.

Patriotism and appreciation for veterans will be the focus of the 15th Salute to Veterans coming to the historic Horry County Courthouse on what is forecasted to be a cold Saturday morning.

But, not to fear, beginning at 8 a.m., there will be plenty of hot coffee and hot chocolate to warm people who turn out to show veterans and their families how much they appreciate the sacrifices they have made to “make a barrier between us and our enemies,” according to Lt. General Laurie Newton, ret.

Bluegrass music will flow from the Morris Brothers throughout the morning.

First up among the organized events is a veterans parade, that was suspended for a few years, but was resurrected several years and was met with such popularity that it’s now back as an annual event.

Organizers say the parade will begin at 9 a.m. near Ocean Fish Market and Kingston Presbyterian Church. It will travel down Third Avenue to Beaty Street, then turn left and travel to Second Avenue ending at Lewis Street.

All veterans are invited to ride in the parade that will include the Salvation Army band for the first time. Some area high school ROTC groups are expected and any veteran who wants to walk or ride is welcome. Golf carts will be provided for the veterans. The golf carts will be delivered to the courthouse shortly before the parade; veterans can claim one and drive it to the parade’s gathering.

Back at the courthouse after the parade, the Vietnam Veterans will take the spotlight at 10 a.m. at their monument on the Elm Street side of the courthouse lawn where they will remember the Horryites who died in that war. The Knights of Columbus will also take part in this ceremony by folding an American flag and explaining what each fold means as they go along.

Then at 11 a.m., it’s back to the Beaty Street side of the courthouse lawn where the Conway Christian School chorus will share some patriotic songs with event-goers. As they perform the Armed Forces medley, members and veterans of each branch are encouraged to stand and be recognized and their corresponding flags will be raised around the monument.

Jones enlisted in the S.C. Army National Guard in 1985 as a 13B, Field Artillery Cannon Crewman, and assigned to Service Battery, 3-178th Field Artillery (FA) in Chesterfield. He subsequently attended Palmetto Military Academy (OCS) and was commissioned a Second Lieutenant in 1987, according to scguard.com.

The Mount Pleasant resident is a 1987 graduate of The Citadel, who holds master’s degrees from the University of South Carolina in Columbia and the U.S. Army War College. His military awards include the Legion of Merit, the Bronze Star, the Iraq Campaign Medal and the NATO Medal (KFOR).

His assignments have taken him across the state and, more recently, from January 2014 to May of 2017, he served as commander, 218th Maneuver Enhancement Brigade. During his Command, the Brigade served as Joint Task Force Operations, Command and Control, Chemical, Biological, Radiological and Nuclear Response Element (C2CRE).

He also commanded Task Force Defense Support to Civil Authorities (DSCA) operations along the entire South Carolina coast during the 2015 South Carolina Floods and Hurricane Matthew in October of 2016.

As usual, Saturday’s event will include Army equipment for people to examine, but the popular tanks won’t be there this year, due to deployment of local guard units.

A lunch of hot dogs and chilli, compliments of Anderson Oaks, will begin at 11:30 a.m. after the ceremonies conclude.

Newton pointed out that it’s appropriate to honor veterans on Veterans Day, particularly in Horry County, which has the second largest number of veterans in the state, behind only Columbia.

Appreciation for veterans only isn’t enough, according to Newton, who says their families also make great sacrifices for their country.

“They need to understand that we really appreciate them and we want to honor them,” Newton said.