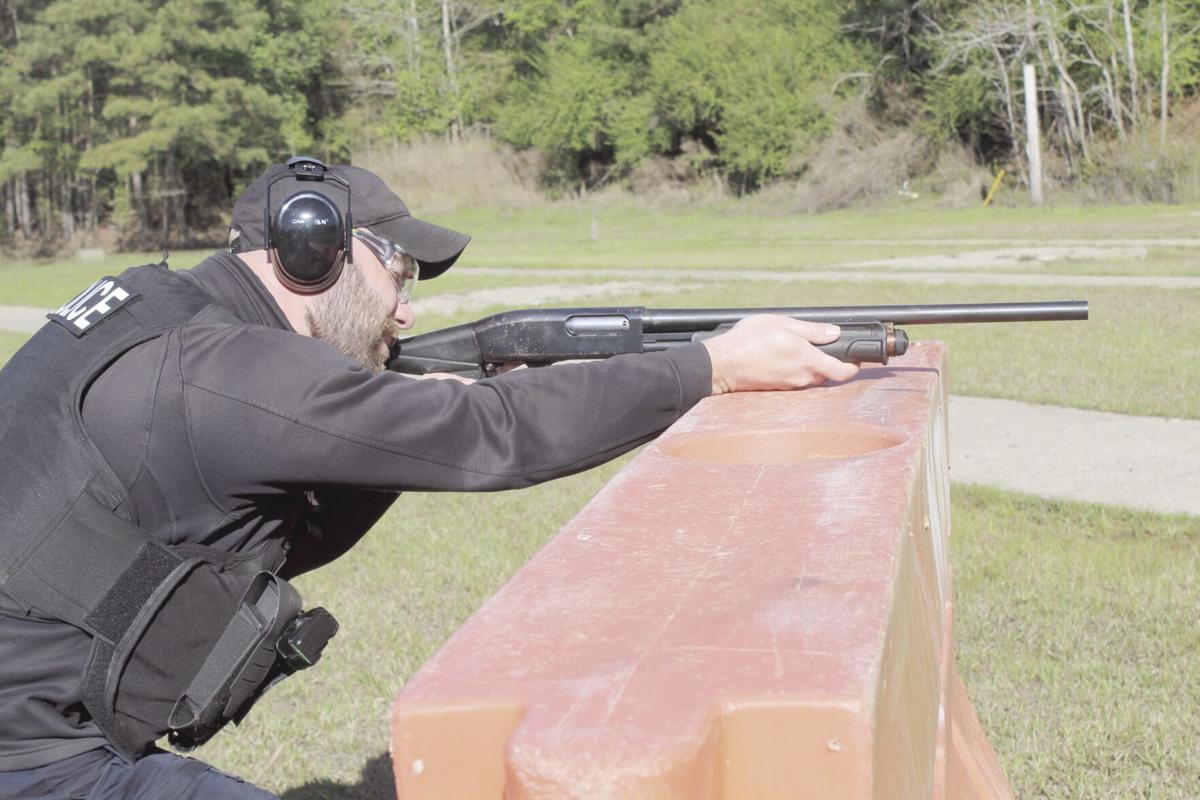 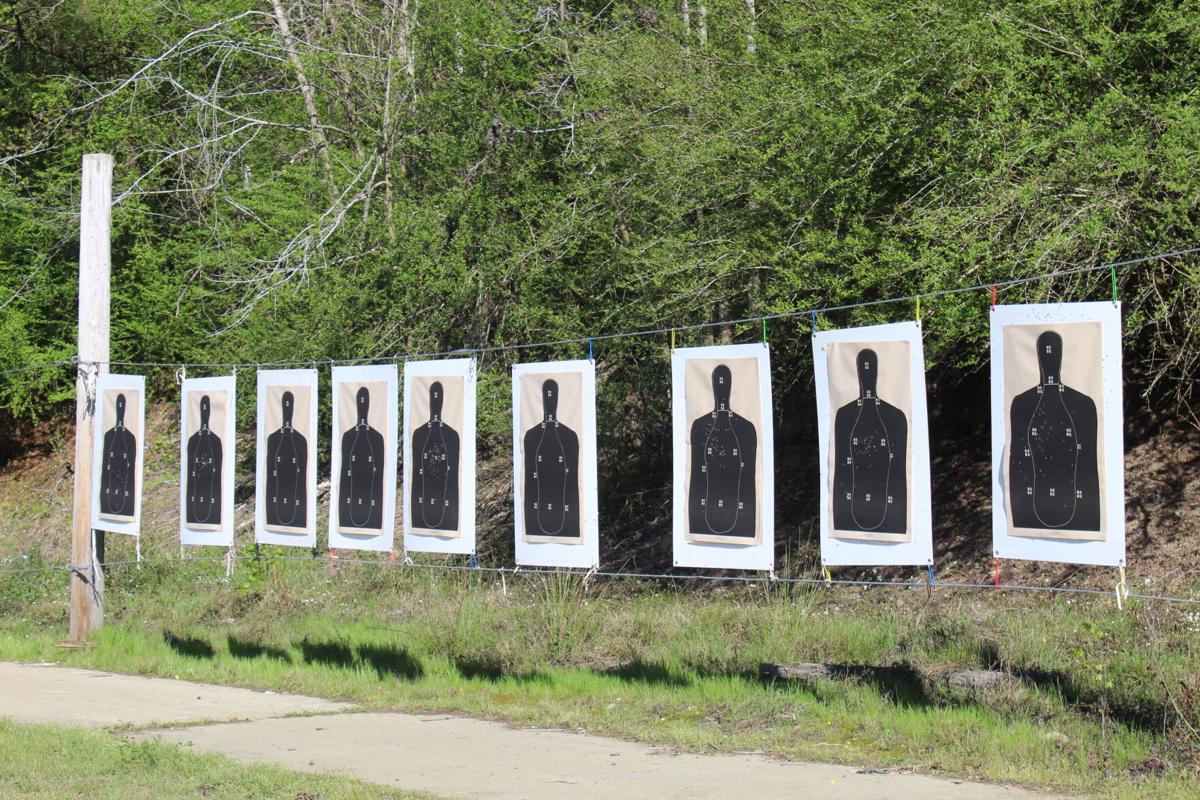 Bullet holes in these targets show that the officers were doing doing some top shooting. 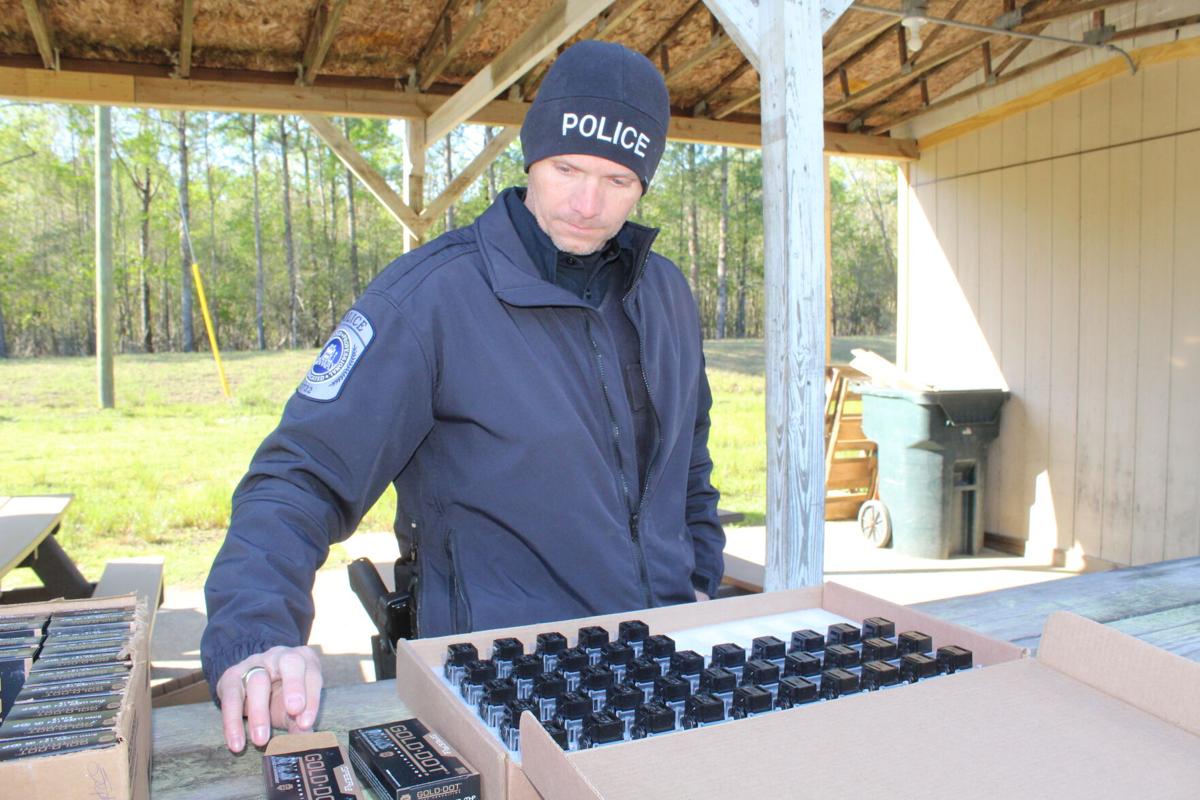 Bullet holes in these targets show that the officers were doing doing some top shooting.

Despite nationwide reports of ammunition shortages, Conway police aren’t taking any chances that their officers won’t be prepared when they’re out patrolling the streets of Conway.

Nineteen officers and two instructors showed up Friday on a frigid morning for training on the department’s newly-upgraded shooting range, located out S.C. 905, only miles away from Downtown Conway.

Training Sgt. Johnathan McAllister arrived at the range at 6 a.m. when he and several helpers got the range set up just right for the others, who came at 7 a.m. and tried hard not to shiver in the cold temperatures and, at times, blustering wind.

McAllister pointed out that Conway’s officers get many times more hours of training than the state requires. State regulations call for each officer to successfully complete 40 hours of training every three years, but Conway officers are given about 100 to 150 hours each year.

Conway Police Chief Dale Long says Conway is committed to having the best-trained officers in every category that it possibly can.

“Better trained, better equipped, better prepared are going to give you better results,” he said.

Long likens the training to a professional football team that won’t be expected to win many games if they don’t train and learn to work together.

Friday’s training began with shooting at targets featuring silhouettes of people hung on a line at the back of the property. That was followed by pounding a stress course that began with officers following procedures used in traffic stops. They jumped from a patrol vehicle, did 10 to 15 jumping jacks before running back to the vehicle to grab a weapon and then running the course shooting, choosing when to shoot and not shoot, and practicing how to use a Taser.

McAllister said most of Conway’s officers are rarely, if ever, put in a position where they are forced to pull their guns, but department officials make certain that when it happens, they will be ready and won’t hesitate to fall back on their training.

Another of their safety procedures is to make sure that every officer always has one or more backup officers.

Although they hope it won’t ever happen, the sergeant said, “We want to make sure that our guys are ready.”

The newly-improved shooting range now includes a two-story shoot tower that officers also use to watch the training to make sure everyone stays safe. They now run a winding stress path on rocks that give the officers a more stable platform for shooting, and the rocks are also helpful because the property is flood prone. More big improvements are crushed concrete on the dirt road leading to the range and having all lighting wiring moved above ground, now featuring five commercial single LED spotlights, thanks to Santee Cooper.

Despite these valuable upgrades, McAllister says there are still a few improvements he’d like to see. One is bringing in more rocks to negate the mild flooding that remains.

He’d also like to see more possible positioning for his targets and a house or mobile home where officers can participate in more shoot, don’t shoot scenarios.

Despite the shortage of ammunition nationwide, McAllister says Conwayites need not worry. The CPD keeps a year’s worth of ammunition in stock at all times.

They order only once a year, but when they do they buy thousands of rounds, so what he’s ordering now won’t be used until next April or May.

On Friday morning, each officer was completing his or her yearly qualification.

He expected to spend about four to five hours getting everyone qualified.

Long said later that all of the officers training Friday met the department’s qualification standards.

Long says the best improvements at the range had to do with flood mitigation.

In the past, even a heavy downpour could put officers in ankle deep water.

Now, he said, they can move from station to station without having to worry about lying down or even kneeling in water or slipping and sliding. The improvements make the range more suitable for year-round and night training.

Repairs on the lower roof of the tower that shades an open area with tables also created more room for the classroom portion of the training.

Although Conway owns the shooting range, other departments are free to use it. Officers from Horry County, North Myrtle Beach, Myrtle Beach, Coastal Carolina University and the Horry County Sheriff’s Office are all allowed to shoot there.

Although the weapons’ training is valuable, Long said, every problem can’t be solved with a gun so the CPD goes far beyond what is required by adding training in many more areas.

Wednesday they were off to Georgetown for driver training at a former airstrip where there’s lots of room to drive.

The officers are allowed 10 mental health visits per year to help them handle difficult situations they sometimes witness or are involved in.

For instance, he said, it isn’t normal for someone to hold a brain in his or her hands, but there are times when police are picking up brains scattered on the floor and putting them into body bags.

The CPD now has 55 officers with two more expected to start in the coming weeks. They are funded for 62. Long says they’re working on their staffing and expect to be fully staffed soon.