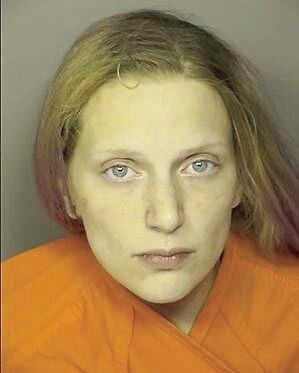 Charged with homicide by child abuse, and

four counts of unlawful neglect of a child 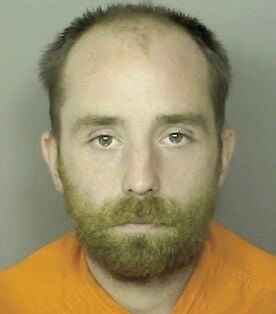 Charged with unlawful conduct toward a child, and

two counts of unlawful neglect of a child

Charged with homicide by child abuse, and

four counts of unlawful neglect of a child

Charged with unlawful conduct toward a child, and

two counts of unlawful neglect of a child

One person died following a two-vehicle collision on Highway 66 in the Loris area Tuesday afternoon, according to S.C. Highway Patrol spokesperson Brian Lee.

Marcus "Mark" Gattis, 58, died of injuries sustained in a vehicle collision at S.C. 66 and S.C. 9 Bypass in Loris just before midnight Sunday evening. Gattis was originally from Loris, but was recently living in the Tabor City/Whiteville area.

Two occupants were in the Tahoe, according to Lee, and they both were taken to the hospital.

Horry County Fire Rescue responded to the incident. The collision closed Highway 66, according to a Facebook post from HCFR.

Police have charged two Conwayites after a baby died in Conway.

Police and first responders were dispatched to a home on Sanctuary Boulevard on May 5. The 6-pound baby later died, according to information provided by the City of Conway.

Three Conway police reports were written, the first on May 5 at 8 a.m., which says that two female infants, one 1-year-old and one 4-years-old were placed in unreasonable risk of harm affecting the child’s life, physical or mental health or safety.

A second report, written at 2:30 p.m., says police were called to Sanctuary Boulevard May 5, to check on an unresponsive 3-week-old child. The report says the officer found Horry County Fire and Conway Fire personnel already there attending to the child before taking her to Conway Medical Center in an ambulance.

A third report says after a detailed investigation, police presented the case to a city judge and an arrest warrant was approved for Heather Hare for homicide by child abuse. The additional warrant was served on her the next morning at the jail, the report says.

A third report says police called employees from the Department of Social Services to come to Sanctuary Boulevard to follow up with a safety plan.

On May 13, a Conway police report says police received drug test results showing that both children had tested positive for illegal substances.

Police then served the additional warrants on the suspects.

They had initially served each suspect with two warrants for unlawful neglect of a child or helpless person.

■ A Conway woman was reported to police by someone who saw her lying in a ditch on U.S. 701 North and was worried about her, according to a Conway police report.

People who were called for medical assistance reported that the woman became argumentative with emergency workers and then with police.

Police say the woman was sitting in a grassy area when they arrived and needed a highway guardrail to help her sit upright. She had within arm’s reach an open bottle of whiskey with a straw in the top.

The woman was unable to answer simple questions and was slurring her speech. She also screamed at the medical workers who medically cleared her. She was taken to jail on charges of public intoxication and open container.

When the officer checked the driver he found a white powder-like substance that he believed was cocaine. Tin foil fell from the two passengers when police detained them, according to the police report. The male passenger was unable to stay alert, was slurring his speech and had symptoms consistent with being under the influence of narcotics.

Police planned to charge all three.

■ Two Conwayites were inside a vehicle that Conway police stopped because the vehicle’s tag was not legible, according to a Conway police report.

The driver told the officer that he created the tag on his computer. As the officer spoke with the driver, he says he saw needles that appeared to be from narcotics use.

The driver also told the officer that drug paraphernalia was inside the vehicle, the vehicle was not insured and his license had expired, according to the police report.

The officer said when he searched the vehicle he found a plastic bag holding a clear crystal-like substance believed to be methamphetamine and another holding what he believed to be heroin. He also found a number of syringes, spoons and baggies. The woman was issued a citation for paraphernalia and was released.

The man was issued citations for having no insurance, driving with a false tag and driving under suspension. He was given a warning for the improper display.

A resident of Bishop Pine Drive in the Conway section of Horry County told police that while he was away from his home between 6:45 a.m. and 7:15 a.m. on a recent morning someone went in and took a “good bit” of change that he kept in a jar, and about $150 in $1 bills was also missing. He told police that after he left, he saw in a surveillance video, a suspect walk into his yard, go up to the back door of the residence and try to open the door. He didn’t get in, but used his shirt to wipe the doorknob before walking away.

Later in a surveillance recording the suspect came back into the yard, walked around for a few moments and then walked away. A few minutes after that, the suspect came a third time and went into the residence through the bedroom window.

A few minutes later, he sees the suspect come out through the same window and leave. He said the doors to his residence were still locked when he returned home.

The report says the recording was not a good quality and the officer couldn’t see it clearly, so he couldn’t identify the suspect. The police officer told the resident to send the recording to evidence.com.

He said he knows who the suspect is, but didn’t know his correct name, the report says.

When he looked closer inside his residence he saw that at least 11 PlayStation 4 videos were missing.

The next day the officer told the victim he had checked recent calls to the suspect’s residence and had learned the name of the suspect. The victim confirmed that the information the officer had gotten was correct.

■ When a Boundary Street resident was returning home from a job interview in Surfside Beach on a recent day, he had a flat tire so he pulled over onto the shoulder of the road at the U.S. 501/S.C. 544 connector, according to an Horry County police report.

When he went back to replace the tire the next day his vehicle was gone. He checked with Horry County police and the S.C. Highway Patrol to see if they had moved the vehicle, but they had not.

Police intended to list the vehicle as stolen on NCIC.

A motion-activated camera recorded a man loitering nearby before going into the vehicle through the driver’s side door. He removed a purse from the center console and a diaper bag from the passenger seat. The purse, bag and their contents were estimated at $330.

The video showed a man wearing a backpack, but police were not able to identify him.

The video was uploaded to evidence.com.

■ At about 2:30 a.m. on a recent morning a resident of Ivy Lea Drive realized that she had left her vehicle unlocked so she locked it from inside her house, according to a Conway police report.

The next morning when she came out she saw that someone had rummaged through it and $6 was missing, along with a $10 brown medicine bag that had a bull skull on it and a prescription bottle holding hydrocodone medication.

The victim checked her ring doorbell and saw a person walking across the street, but couldn’t tell who it was or even if it was a man or woman.

■ A golf cart was reported missing over a recent night from a garage on Carriage Road in the Conway section of Horry County. The owner told police his garage door wasn’t locked because it can’t be closed.

The cart was listed in NCIC.

■ Someone took a Jeep Cherokee Laredo from a driveway on Old Reaves Ferry Road over a recent night, according to an Horry County police report.

The victim told police he parked the vehicle in his driveway and the next morning saw tire tracks coming out of the yard.

He also said that both of the front doors were off of the Jeep at the time it was taken. The victim still had the keys to his vehicle.

He told police that two or three days before the incident two men approached him in his driveway asking for him to give them a ride in the vehicle, but he didn’t.

He told police he didn’t know if they had anything to do with the missing vehicle, but he thought he should tell police about it.

She said there was no one in the house, but told police that there is a homeless person in the area who had been staying in vacant houses.

She had no information about that person.

■ A resident of S.C 90 told Horry County police that when she returned home after being gone for about four days she saw that someone had forced her rear door open and taken a number of her things, valued at about $1,200.

The missing items included necklaces, bracelets, earrings, a generator, perfume, Avon lotion, a rolling cart, electric razor and a Bluetooth speaker, according to the police report.

■ A brown and camo-colored jacket, a sweatshirt with “Mack’s Prairie Wings” printed on it, a Sitka jacket and a pair of Rocky boots were taken over a recent night from an Aynor-area shop on Country Trail, according to an Horry County police report.

The victim said other storage bins and cabinets appeared to have been looked through, but he didn’t think anything was missing from them.

He told police video surveillance footage might be available.