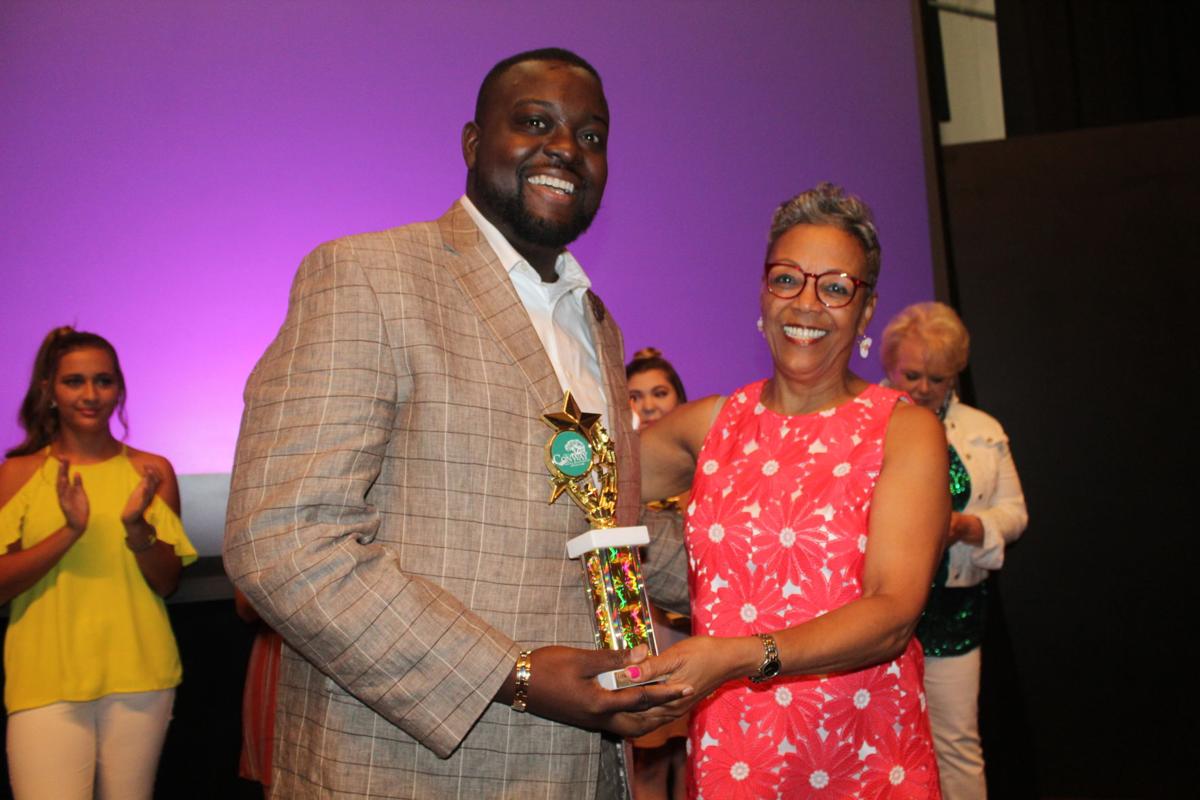 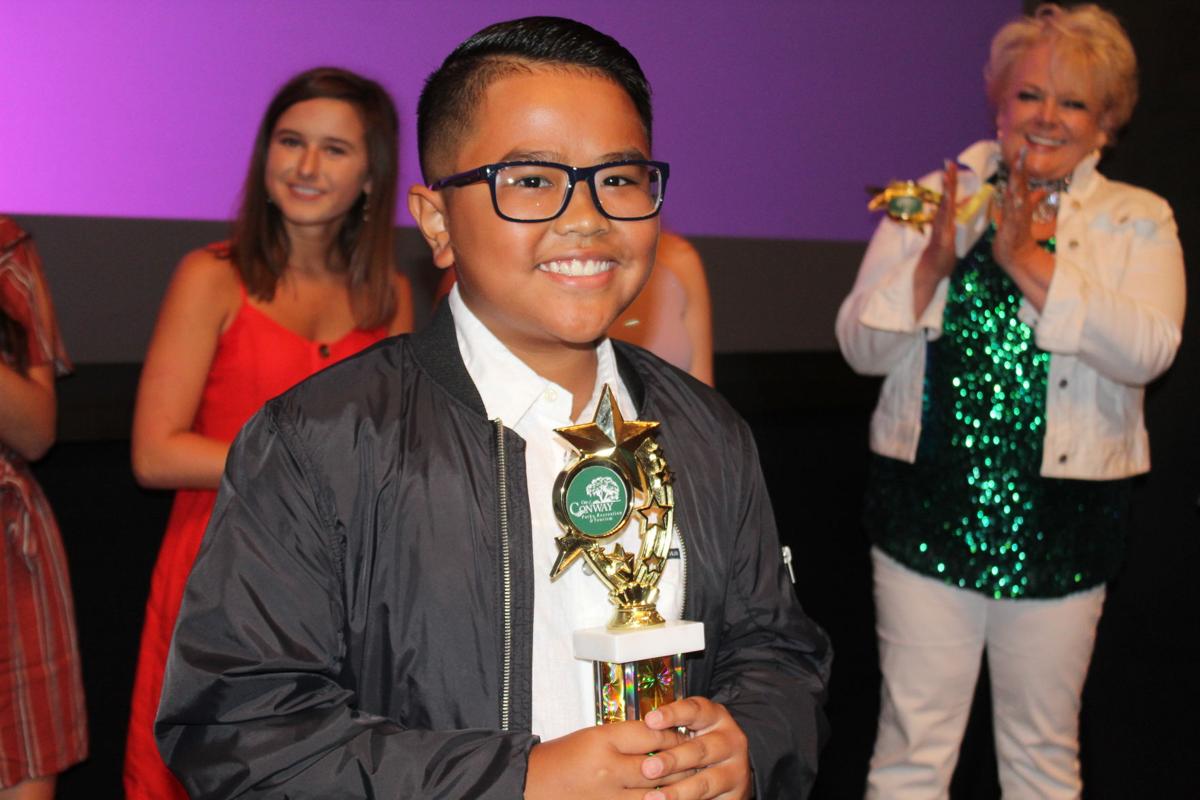 Socastee student Justin Rivera was the winner of the JuniorStar title Saturday night in McCown Auditorium. 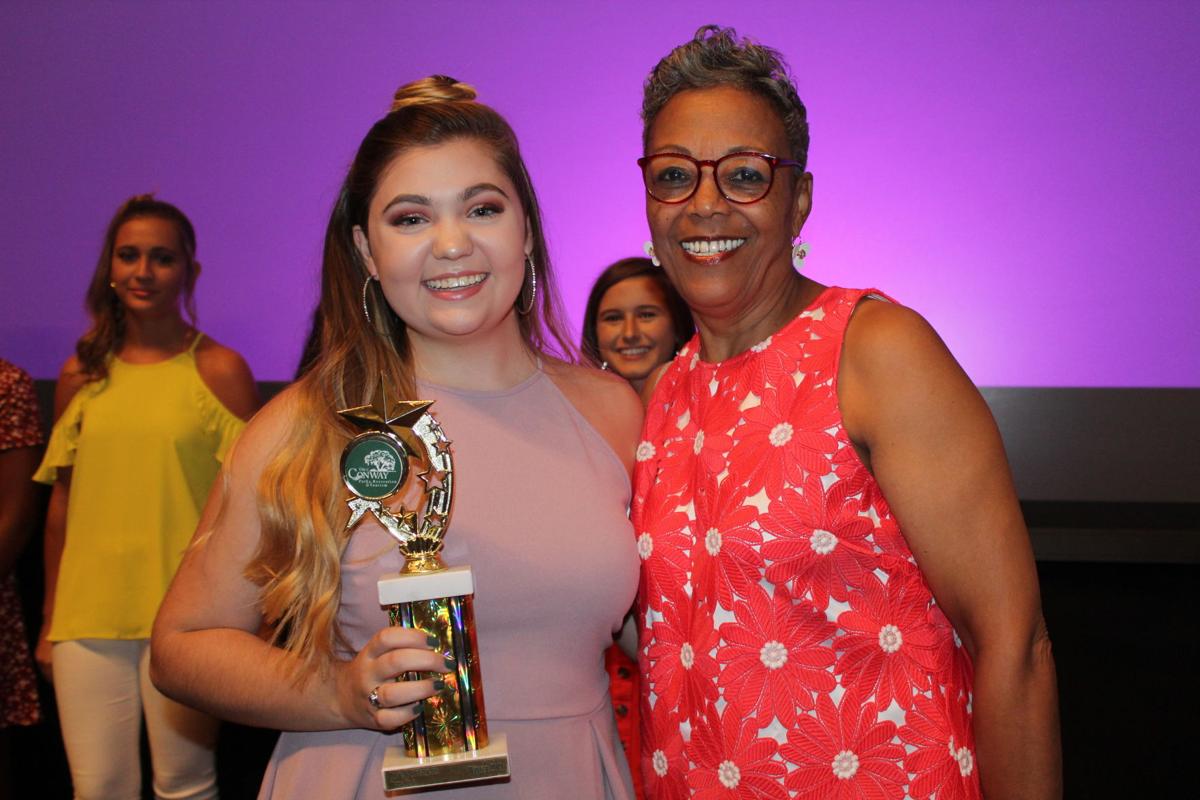 Summer Staton, a rising senior at Aynor High School won the title of TeenStar in the annual Conway SuperStar competition.

Socastee student Justin Rivera was the winner of the JuniorStar title Saturday night in McCown Auditorium.

Summer Staton, a rising senior at Aynor High School won the title of TeenStar in the annual Conway SuperStar competition.

The first time Richard Williams Jr. competed on the stage at McCown Auditorium he was in the fourth grade. His song then was "O, How I Love Jesus."

Williams’ rendition of the song, made famous by Frank Sinatra before Williams was born, caused many in the audience to jump to their feet applauding wildly and shouting out their delight. Needless to say, in addition to being named this year’s SuperStar, Williams also received the People’s Choice Award.

The 2004 graduate of the S. C. Governor’s School for Arts and Humanities says he doesn’t sing too often anymore, but he went to the SuperStars competition in 2018 to support a friend and walked away saying, “Wow, I want to try it next year.”

The pastor has an inherited kidney problem and is on dialysis, the same as five other members of his family who are all afflicted with the same malady he has. Two have had kidney transplants. Williams hopes to make that three.

He is on the list for a kidney at the Medical University of South Carolina and will soon go to Jacksonville, Florida, for an evaluation hoping to be put on the list at the Mayo Clinic.

Still, he said, “I feel good and I’m just blessed to be able to do things I love and be able to be with my family.”

He is married to Meghan Jordan-Williams, and together they have three children.

He chose "My Way" for the competition simply because it’s always been one of his favorites. It’s his choice every time a karaoke opportunity presents itself.

“I usually don’t tear up when I sing that song, but for some reason tonight was different. I don’t really know why, but it felt good,” he said.

Williams taught music at the Academy of Hope before becoming a volunteer at Conway Elementary School.

The runner-up in the adult division was Linda Sisco, who sang "I Feel Lucky."

Sisco, a lifelong resident of Michigan, worked in property management for 35 years. She was crowned Senior Ms. Michigan in 2015 and will be crowned senior Ms. South Carolina in January of 2020. The advocate for senior wellness is the activity director for Brookdale Conway.

The winner of the JuniorStar category was Justin Rivera, who sang "I Like It." The sixth grader at Socastee Middle School is a transplant from New Jersey, but he’s been in South Carolina most of his life. He’s the middle of three other brothers. He enjoys singing, participating in drama and theatre, playing tennis and riding his bike.

JuniorStar runner-up was Lydia Millwood, who sang "Beautiful Day." She is a rising sixth grader at Aynor Middle School. At Aynor Elementary she was a member of the Blue Pan Jam and soloist in "The Emperor’s New Clothes." She loves to sing and is also learning to play the ukuele. She loves spending time with her family singing, making crafts and helping out on the family farm.

The winner of the TeenStar was Summer Staton, who sang "She Used to be Mine." A rising senior at Aynor High School, Station is a member of the Blue Notes Vocal Ensemble. She loves to sing at area festivals and events. She has been a member of the All County chorus for five years and is a member of the Praise Team at Seacoast Church, Conway campus.

Runner-up in that category was Lance Stephens, who sang "Come Together." Stephens is a sophomore at Conway Christian School, who loves to sing, especially at area churches, and has won many awards and competitions. He has been part of multiple productions including "Mary Poppins."

Finalists in the JuniorStar competition were Kaleigh Williams, "Born to Fly"; Emily Forrister, "Can’t Blame A Girl for Trying"; Reese Richardson, "Something in the Water"; and Ava LiVigni, "Girl on Fire."

Finalists in the TeenStar class were Kyai Ward, "Little Boxes"; Rose Ashley Williamson, "Stereo Heart"; Lisbeth Montes, "Somebody to Love"; and Elaine Ponder, "Someone Like You."

The event was sponsored by the Conway Recreation Department.