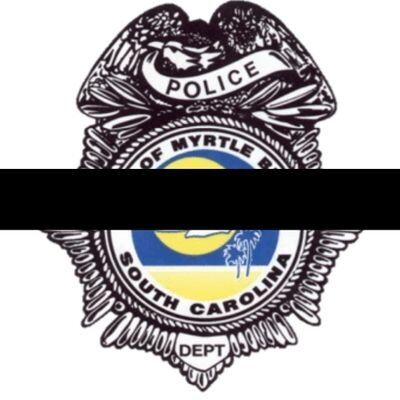 Photo courtesy of the MBPD 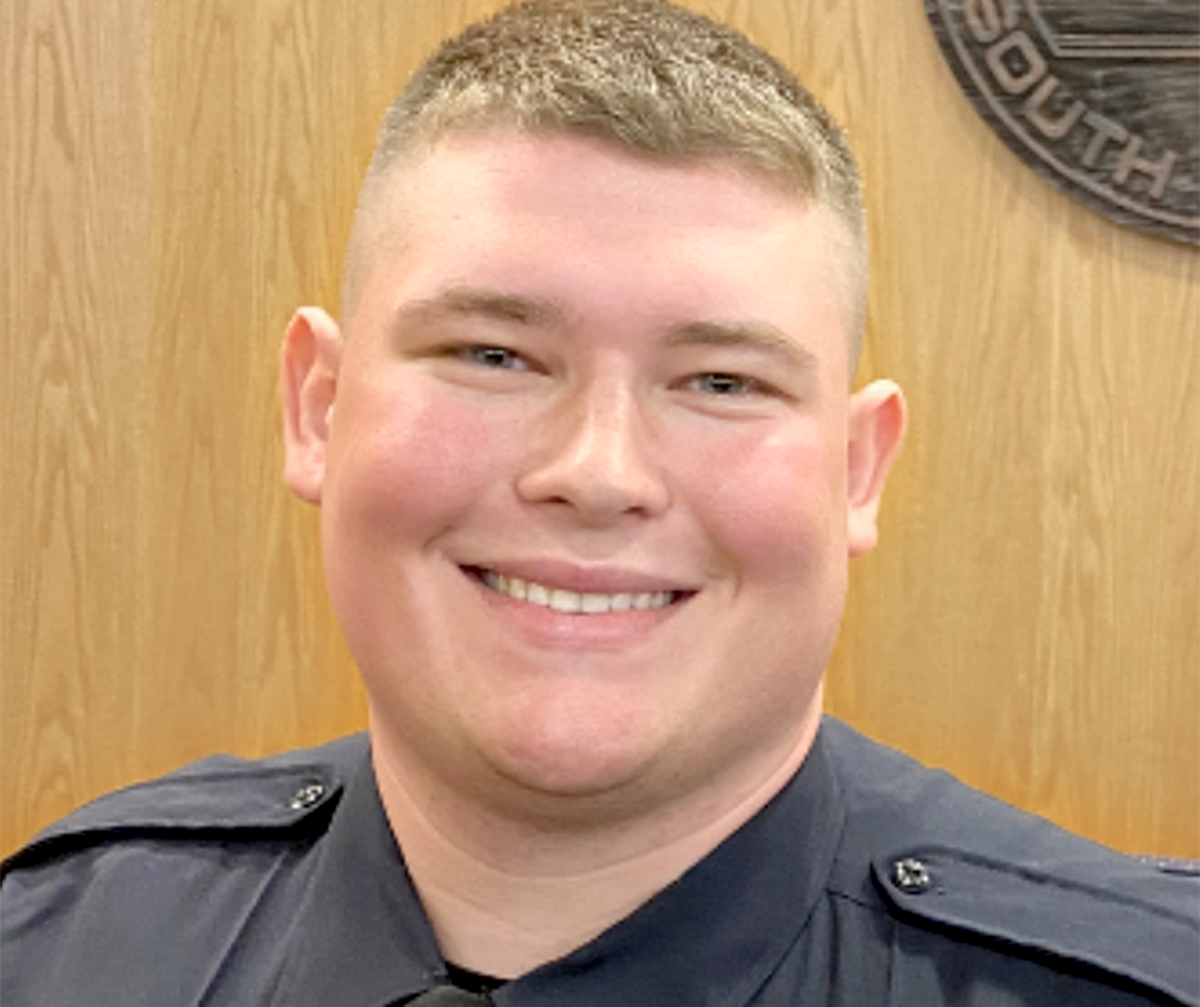 Photo courtesy of the MBPD

Just hours after authorities announced that Hancher had been killed in the line of duty Saturday night, many from near and far, including public safety agencies across the state, took to social media to express their condolences and support.

“MBPD, we stand with you,” the Horry County Police Department said on their Facebook page.

“We will be by your side as you walk this awful path — remember, in this family, no one fights alone. To our community members, please join us in supporting the MBPD team, as well as PFC Hancher’s family and friends. His service and sacrifice cannot and will not be forgotten.”

The HCPD also canceled its National Night Out events that were set for Tuesday "in light of all that our public safety community is currently undergoing."

“It is with heavy hearts to hear that one of our own, a Myrtle Beach officer, was shot and killed in the line of duty last night,” the North Myrtle Beach Police Department said in its own post.

“Please keep Myrtle Beach Police Department and Officer Jacob Hancher’s family in your thoughts and prayers through this difficult time.”

Myrtle Beach Mayor Brenda Bethune asked for prayers for the MBPD and Hancher’s family in a statement posted to her Facebook page.

“May God bless everyone affected by this senseless tragedy,” she wrote.

She shared the Bible verse Matthew 5:9, which states: “Blessed are the peacemakers, for they will be called the children of God.”

"The sky today is symbolic of the cloud hanging over our community," Bethune stated.

"I begin with this scripture because it was the first thing that came to my mind when I learned of Jacob’s death last night."

She described Hancher as a "kind and caring young man who truly loved his MBPD brothers and sisters, as well as the community that he passionately served" and someone killed "while striving to be a peacemaker."

"Jacob’s family, our Myrtle Beach Police Department and our entire community is grieving his senseless death. There are no words to describe the depth of pain and mixed emotions that we all are feeling," Bethune's statement reads.

"This is a time where our community needs to draw strength from each other and give empathy and compassion to those who are so deeply hurting."

Not only did Hancher serve as a member of law enforcement, he was also an Horry County volunteer fireman.

“Our hearts go out to Hancher’s family, friends, loved ones, law enforcement colleagues and fellow team members here at HCFR during this difficult time," Horry County Fire Rescue officials said in a statement.

He was also a parishioner at the Catholic Church of St. James in Conway. The church’s Facebook page said Hancher went to Honduras in 2017 on a mission trip.

“For those who were able to serve alongside him, they learned of his kindness and selfless service,” the post said.

The shooting happened in the 400 block of 14th Avenue South around 10 p.m. Saturday. The State Law Enforcement Division (SLED) is investigating the case.

Officers were responding to a domestic dispute when they were confronted by a man who exchanged gunfire with the officers, SLED officials said.

Hancher was killed in the gunfire, and another officer was injured and taken to the hospital with non-life threatening injuries.

The suspect also died during the incident, but authorities did not say if that person was killed by officers.

Myrtle Beach Police Chief Amy Prock said Hancher had been a patrol officer for just under a year at the time of the incident.

Before then, he'd spent four years as a community service officer, a city employee who assists with police functions such as directing traffic and managing school crossings but is not a sworn officer.

"Please keep Jacob, his family and his fellow officers in your prayers," an emotional Prock said during a brief news conference as a few officers stood behind her.

Horry County 911 said on Twitter that the department is deeply saddened by what happened.

“We send our deepest condolences to Myrtle Beach Police Department. We are lifting up his family, friends and colleagues. His sacrifice will never be forgotten.”

“The cops need our support now more than ever,” he added.

“The entire Grand Strand wakes today with terrible news and heavy hearts,” state Rep. Russell Fry, R-Surfside Beach, tweeted. “Praying for the family of Officer Hancher this morning and all of the law enforcement community that knew and served with him.”

“Last night, South Carolina suffered a tragic loss,“ wrote S.C. Lt. Gov. Pamela Evette on Twitter. “Our prayers go out to his family, his loved ones and the MBPD family.”

The SkyWheel in Myrtle Beach will shine blue Sunday night in honor of Hancher.

Also, the nonprofit Serve & Connect announced it is working with the MBPD and Hancher's family to establish a memorial fund.

The Surfside Police Department said in a message on its Facebook page that it will support the MBPD in any way possible and that “our hearts are broken for our brothers and sisters in blue.”

“We pray for the speedy recovery of those physically injured from this tragic event. We also pray for those who are mentally and spiritually injured and went home this morning and tried to go to sleep, but likely won't rest. We know some wounds can't be seen."

The department called Hancher a peacekeeper and hero.

“You will not be forgotten.”

Grand Strand officers killed in the line of duty

These Grand Strand officers were shot and killed in the line of duty:

• Myrtle Beach officer Joseph "Joe" McGarry, 28, died on Dec. 29, 2002. McGarry had been taking a break with his partner at a Kings Highway donut shop when he thought he spotted a suspicious person in the parking lot. McGarry went outside and was shot.

• Myrtle Beach officer Henry Scarborough, 47, was the city’s first officer killed in the line of duty on March 7, 1949. Scarborough died on his first day on the job. He and a partner were trying to transport a prisoner when Scarborough was shot with a .38-caliber handgun. He was a U.S. Army veteran.

• Horry County Cpl. Dennis Lyden, 44, was killed on June 5, 2000, after making a traffic stop on S.C. 544. He was beaten with a flashlight and murdered with his own weapon. He was a U.S. Marine Corps veteran.

• Randy Gerald, a lieutenant with the Horry County Sheriff’s Office, was killed on Dec. 29, 2001. Gerald, 47, was on his way home from a shift at the J. Reuben Long Detention Center when he pulled off U.S. 701 North to help with what appeared to be a traffic accident. Instead, he  encountered a dispute between a man and woman. The man approached Gerald’s vehicle and opened fire, fatally wounding the lieutenant. Gerald was a U.S. Army veteran.

'Crazy:' Neighbors describe the shooting that took the life of a Myrtle Beach officer

Derek Scott, Porsha Ivey and their two children hit the floor as bullets started slamming into buildings near their Yaupon Drive area apartmen…

‘No, it couldn’t be John': Gunman's friends stunned by shootout that killed Myrtle Beach officer