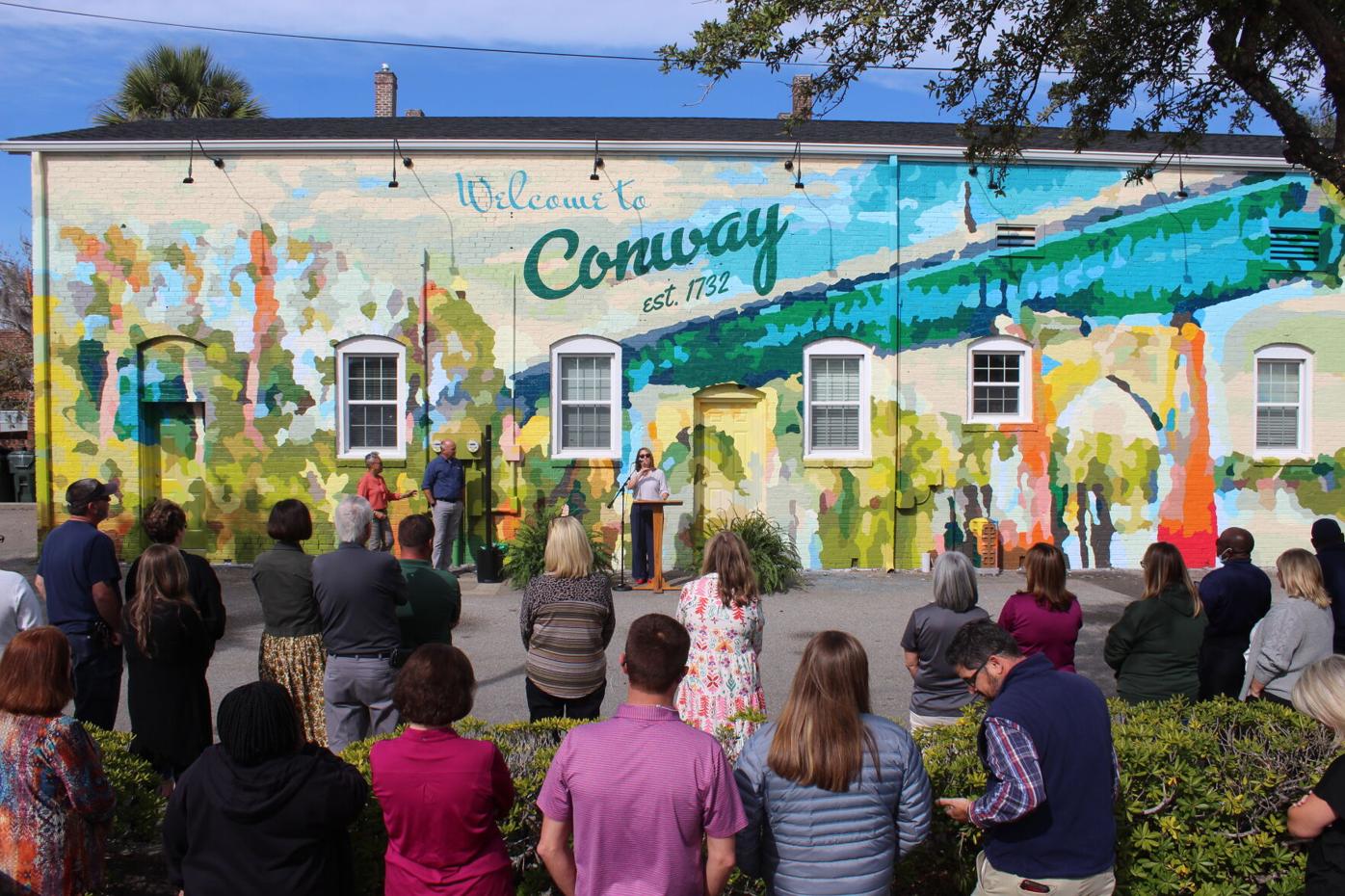 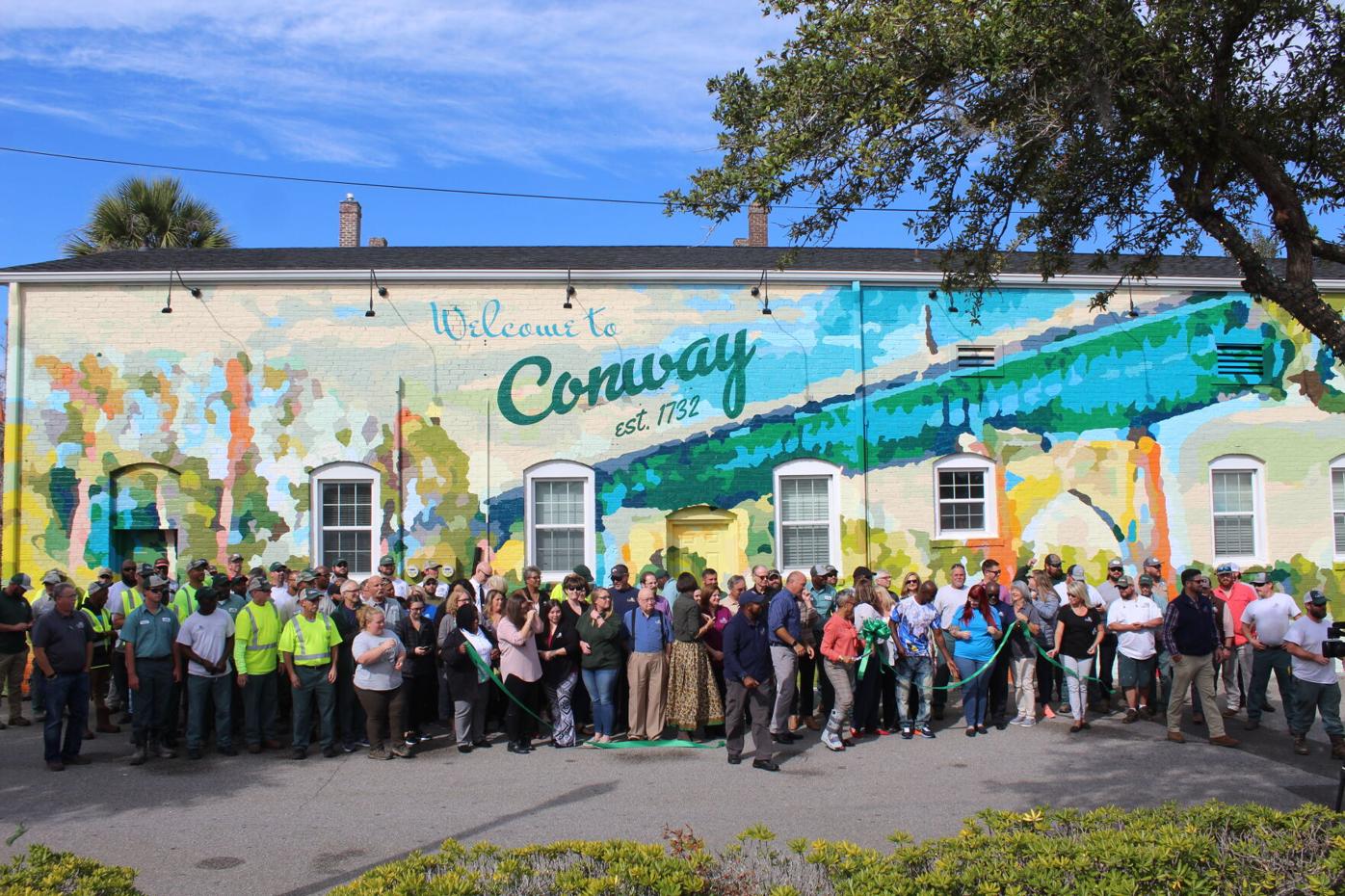 Employees gathered around to cut a ribbon dedicating the new downtown mural. 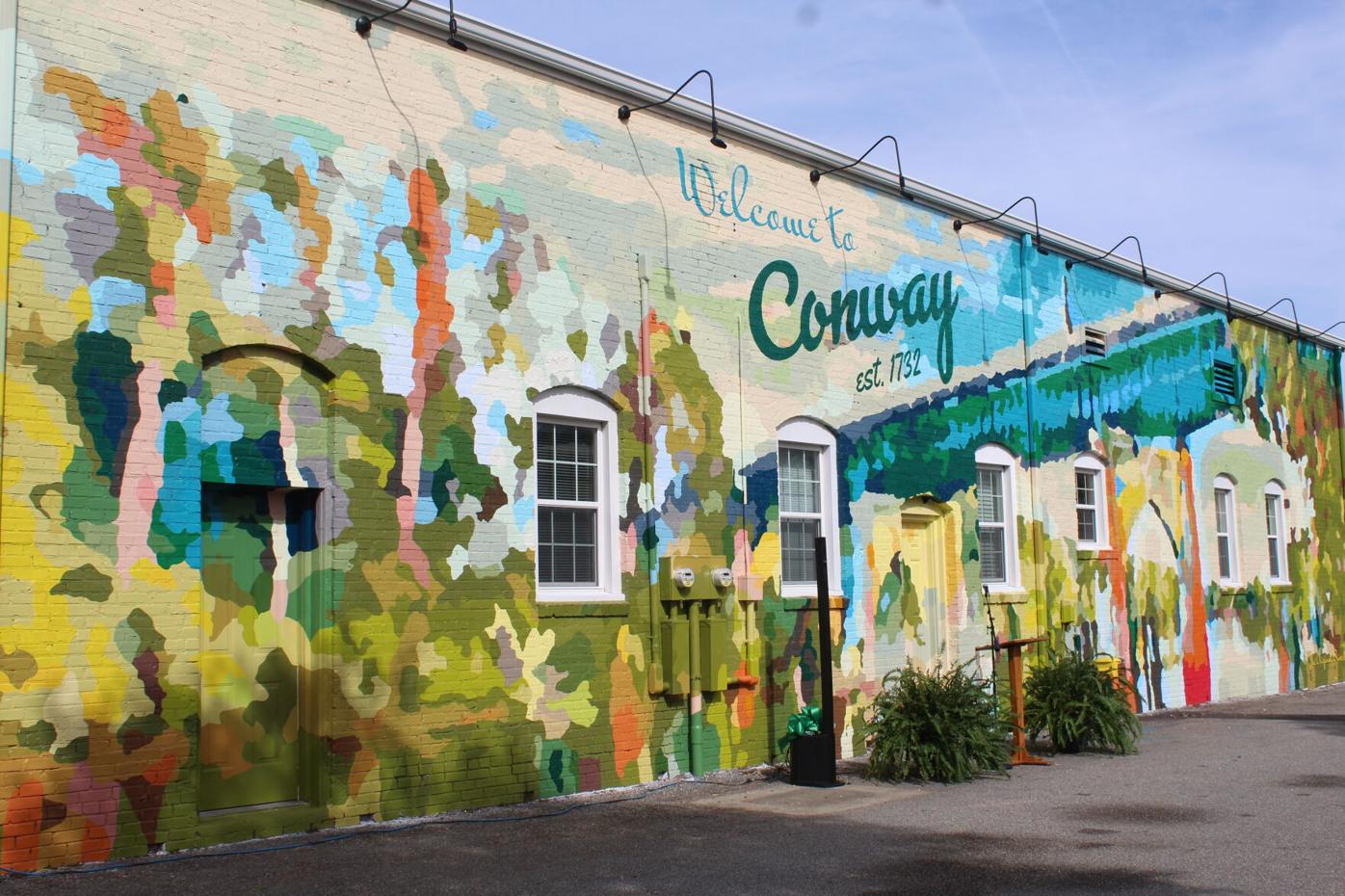 Employees gathered around to cut a ribbon dedicating the new downtown mural.

About 100 Conway city employees gathered Wednesday to applaud the new mural they’ve been planning and painting for months now.

The unusual thing about this mural is every one of the 100 employees who showed up for the ribbon cutting helped paint what City Administrator Adam Emrick calls an “impressionistic” view of Conway’s Main Street Bridge.

Emrick says he hopes every person who comes over the crest of the historic bridge has his breath taken away. By the time he gets to the bottom, Emrick hopes he loves Conway and has decided to stay.

Emrick admitted that sometimes he comes up with some zany and hard projects, but believes now that this was a really good one that gives credit to every city employee, and helped some of them meet others that they’ve never known.

What some people are calling a paint-by-the-numbers project was drawn by Deputy City Administrator Mary Catherine Hyman, who also took part in projecting the design onto the wall where a group of volunteering city employees helped outline numerous sizes and shapes. A number was placed inside each section. City employees then choose a section or sections, viewed the numbers on them and then found a paint can bearing the same number.

Then they grabbed a brush and filled in the section with that color.

Some employees were so carried away with helping create the mural that faces Scarborough Alley that they came after work and on weekends to continue their work.

All of them were treated to a pizza party after Wednesday’s ribbon cutting.

Hyman said the group washed “lots and lots of brushes” and cleaned up paint.

She pointed out that they like to do new things while celebrating Conway’s history.

Emrick said as planning for the mural progressed, he began to think that his employees could complete the mural themselves.

He touted the new mural, saying it is different from the other downtown murals. Some of them show bucolic scenes, while others celebrate the city’s history.

“It’s different because of you,” he told the employees.

Emrick said this painting is a tribute to Conway’s history while it celebrates the Main Street Bridge, but the color and vibrancy speak to the city’s future.

Even Mayor Barbara Blain-Bellamy left her mark on the mural referring several time to her number 15.

“It’s our love for the city that makes us do these things,” she said.

Spectrum Paint provided the 90 quarts of paint needed for the project.