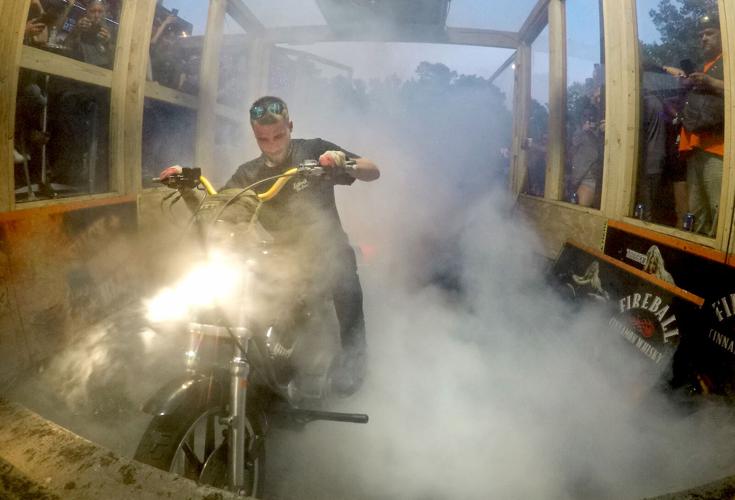 The burnout pit draws a crowd in the Myrtle Beach Spring Rally at Suck Bang Blow in Murrells Inlet on Saturday, May 14, 2022. The rally continues through May 22 along the Grand Strand. Photo by Janet Morgan/janet.morgan@myhorrynews.com 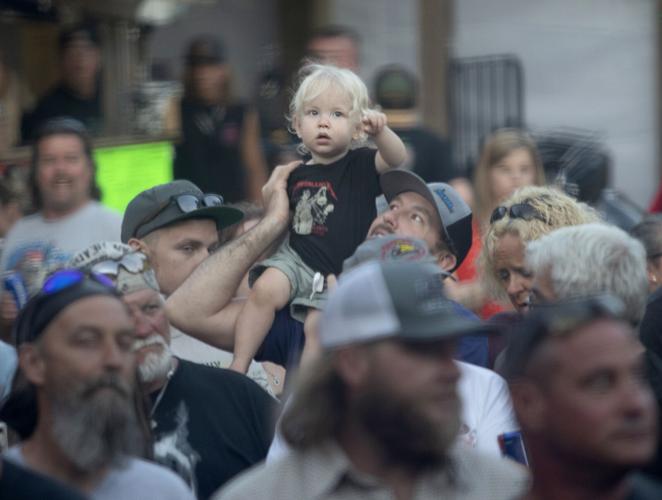 Macon Armstrong rests on the shoulder of his father Caleb in the Myrtle Beach Spring Rally at Suck Bang Blow in Murrells Inlet on Saturday, May 14, 2022. The rally continues through May 22 along the Grand Strand. The Armstrongs are from Conway. Photo by Janet Morgan/janet.morgan@myhorrynews.com 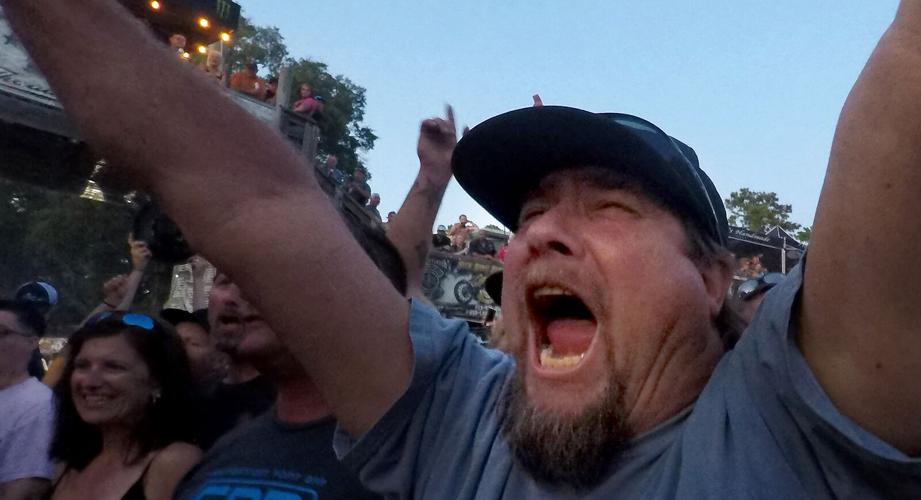 The Myrtle Beach Spring Rally heats up at Suck Bang Blow in Murrells Inlet on Saturday, May 14, 2022. The rally continues through May 22 along the Grand Strand. Photo by Janet Morgan/janet.morgan@myhorrynews.com 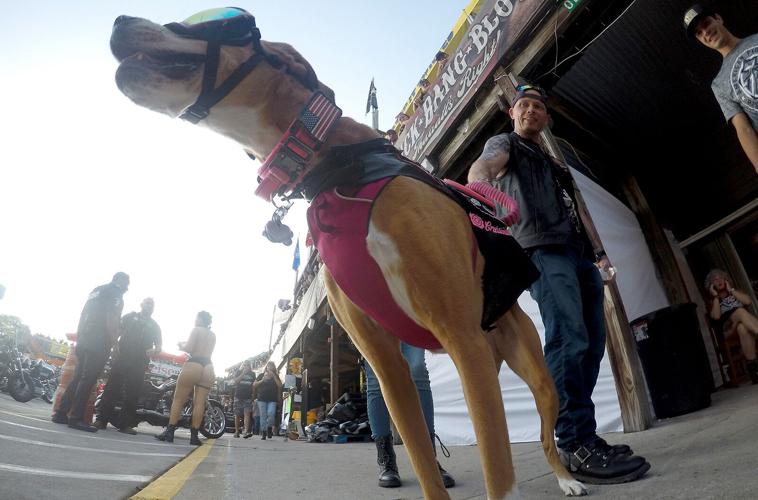 Chloe sniffs out the scene in the Myrtle Beach Spring Rally at Suck Bang Blow in Murrells Inlet on Saturday, May 14, 2022. The rally continues through May 22 along the Grand Strand. Chloe is from Virginia. Photo by Janet Morgan/janet.morgan@myhorrynews.com

The number of bikers isn’t the only thing on the rise. Gas prices are at an all-time high of around $4.12 in Myrtle Beach, according to AAA. That’s up 41 cents from a month ago.

But that doesn’t rev up Daniel Russell.

“If they say it’s Bike Week, I’ll pay $17 a gallon to come down,” said the Marine from Camp Lejeune.

Those gas prices didn’t hold back some bikers from smoking up the bar in the burnout pit. As the sun began to down in Murrells Inlet, biker after biker took turns slamming their bikes to the wall and spinning the tire into shreds while the crowd cheered.

Among the crowd was Caleb and Lacy Armstrong of Conway, who brought their son Macon. As the music blasted throughout the grounds, Caleb held his son on his right shoulder to give him the best view of the burnouts.

After a few burnouts, Macon had had enough and was out before 9 p.m. Luckily, the Armstrongs came prepared with a baby backpack.

“Dude, it’s sweet. He loves that backpack,” his mother laughed.

The Armstrongs have been coming to the Spring Bike Rally for the past three years. With the previous two years being affected by the COVID-19 pandemic, Lacy Armstrong is glad to get back out in the crowd again.

“I think it’s just fun to people watch,” she said. “The bikes are cool, too.”

And Robert King didn’t swerve past being watched in his red and black Native American headdress that he picked up at the nearby Beaver Bar. The Morrisville, North Carolina, native said his rheumatoid arthritis had forced him to take a break from riding, there’s just something about the Spring Bike Rally that has been drawing him back for 15 years.

“I love it,” he yelled, raising his beer in the air.

For Tony Smith, it’s the party that Suck Bang Blow has to offer. Smith has made the trip from Ohio to Murrells Inlet for the Spring Bike Rally for the past dozen years. He said the last few years with pandemic has made things slower but it’s still been a good time.

The Myrtle Beach Spring Rally 2022 will be full throttle along the Grand Strand through May 22.

As the spring rally continues through Sunday, Myrtle Beach police are gearing up for Memorial Day weekend.

Tom Vest of the Myrtle Beach Police Department said the plan includes one way only traffic on Ocean Boulevard, with vehicles traveling in the southbound lane. The northbound lanes will be for emergency vehicles only.

Vest added golf carts will not be permitted south of 29th Avenue North and mopeds will be prohibited on Ocean Boulevard from 8 p.m. to 8 a.m. starting Friday, May 27 through Monday, May 30.