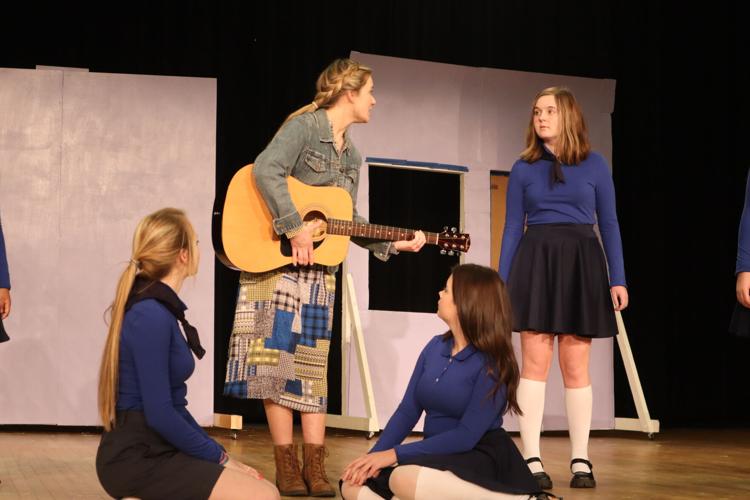 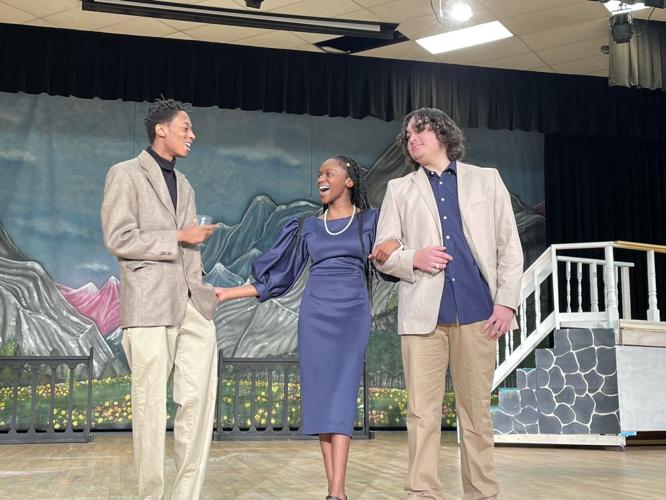 Omar Southern, Ngaarumbidzwe Unathi Magombedze "Rue", and River Adams are looking forward to AHS's production of The Sound of Music. 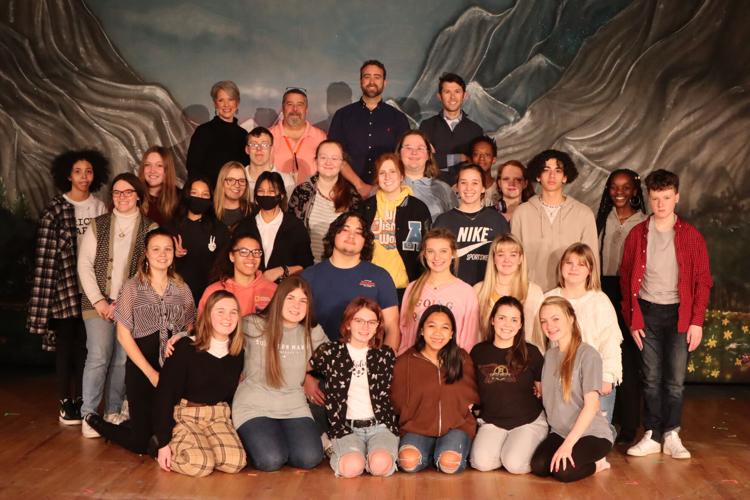 The cast of Aynor High School’s upcoming production of The Sound of Music stopped its practicing Tuesday night to have this promotional picture taken. Aynor skipped having a production this past year and those involved in this year’s show say they couldn’t be happier about being back on the stage.

Omar Southern, Ngaarumbidzwe Unathi Magombedze "Rue", and River Adams are looking forward to AHS's production of The Sound of Music.

The cast of Aynor High School’s upcoming production of The Sound of Music stopped its practicing Tuesday night to have this promotional picture taken. Aynor skipped having a production this past year and those involved in this year’s show say they couldn’t be happier about being back on the stage.

Aynor High School ninth grader Carolinah Carroll doesn’t know what it’s like not to play the lead role in every school musical.

Her vocal ability is continuing to be appreciated this year as she was chosen to step into the role of Maria Rainer in The Sound of Music.

“I have always loved musicals all my life, and I just love to sing and I thought this would be a great experience for me,” she said.

Play directors aren’t the only people who appreciate Carroll’s singing. She is the reigning Teen Star in Conway’s SuperStar competition. Her winning song was Blue Moon of Kentucky.

Her favorite song in this show is My Favorite Things. Other great and lasting songs from the production include The Sound of Music, Climb Every Mountain and Do-Re-Mi.

Rue is fascinated with the character she will play, a woman she calls “a very classy woman.”

Elsa is the Captain’s original love interest before he meets and falls in love with Maria.

Elsa is rich and the Captain is highly esteemed and has made a name for himself, according to Rue. She thinks their relationship is more of a business partnership than a love affair.

“I do love the character. I love the way they interact,” Rue said.

Rue went to boarding school in South Africa where she studied theatre. She was on the cusp of going into an advanced theatre program when she moved.

“This is something that I want to do for the rest of my life…I love being on stage. I’m hoping to go into directing as a profession,” she said.

The AHS senior is eyeing the College of Charleston for her continued theatre studies or, perhaps, political science.

In The Sound of Music she will sing How Can Love Survive and No Way to Stop It. Although both songs are in the play, neither of them made it into the movie version.

Rue calls The Sound of Music a popular show that touches people’s hearts. She loves Aynor, calling it a safe, lovely little town with nice people.

“It’s a good time to watch your community come alive in a way they never have before,” she said as she encourages people to come enjoy the show.

“It’s something there for everyone. We all don’t know what to expect, but we all know it’s going to be good, so we’re all excited about that, too,” Rue said.

The executive director is Derek Deremer, who is in his second year at Aynor High.

Before that he taught at Aynor Middle School where he was involved with some of the students in that school’s shows.

He says he was frustrated in 2021 when the coronavirus caused the group not to be able to enjoy performing a musical, so he truly wanted to have one this year.

“There’s so much talent that we have out there. It kind of frustrated me that the middle schoolers were not going to have another chance…I really wanted to make it happen,” he said.

He says Whittington also wanted to produce a play this year, and she’s doing a great job preparing the cast for its musical numbers.

Auditions for the show were held in November, which gave the cast three months to prepare.

He’s hopeful that hitting the stage this year will make the students even better prepared for more shows in the future.

The one small problem that they’ve had is not having enough guys to fill all the male roles, so all of the von Trapp children will be female.

He says the cast of 35 is made up of a hodgepodge of personalities with some people probably having all of their lines ready the very next day and others not in such a rush.

Although Maria has a number of songs and lots of lines, Carroll said it wasn’t hard for her to learn it all.

“It wasn’t too hard,” she said. “I mean it is a lot of lines, but if you just take the time and focus on it, it’s pretty easy to get,” she said.

Her most challenging character so far was Mary Poppins, who was also her favorite. In that play, she had to quash her “country” accent and take on Mary’s accent.

Carroll likes the message of the popular Rodgers & Hammerstein musical, The Sound of Music, saying it has true meaning that most shows today don’t have.

“I think it’s trying to say that if you have music in your life, you can find true happiness. That’s just the key,” and after a brief pause, she added, “and always take care of your family.”

Carroll takes voice lessons from Miss Kathleen in Conway and, when she was interviewing for this story was on a bus headed to a practice for Horry County’s All County Chorus that had a performance this past week.

She is the youngest of Mack and Daynia Carroll’s four children. Even her mother is involved in The Sound of Music. As a seamstress, she is helping create the costumes.

The young Carroll says they’re trying to make the costumes a little more modern, primarily because they haven’t been able to find some things they need to be perfect for the show’s time period.

Deremer says lots of parents and teachers have joined in to make the show happen.

“I picked The Sound of Music because I wanted to start with a favorite…I really wanted it to be something that people maybe would go out of their way to see,” Deremer said.

The director has great faith in his cast and says the show is coming together.

“I think everything is going to fall into place. It is an interesting time to be involved with students…,” he said.

One of the things he’s really pleased about is, “They’re really having a good time,” he said.

Buy tickets at https://aynorhs.booktix.com/ or at the door.