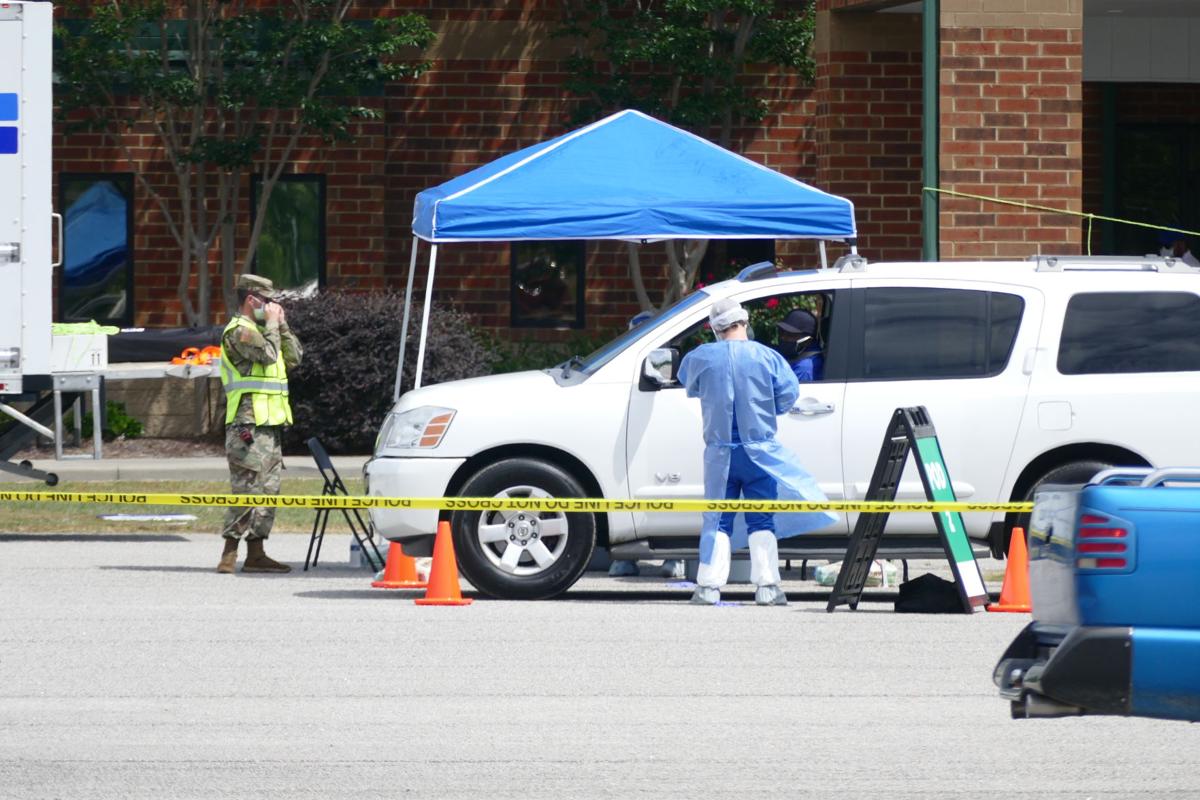 The Medical University of South Carolina tested 433 people at the TB Thomas Sports Center next to Byerly Park in Hartsville in May. Photo by Christian Boschult 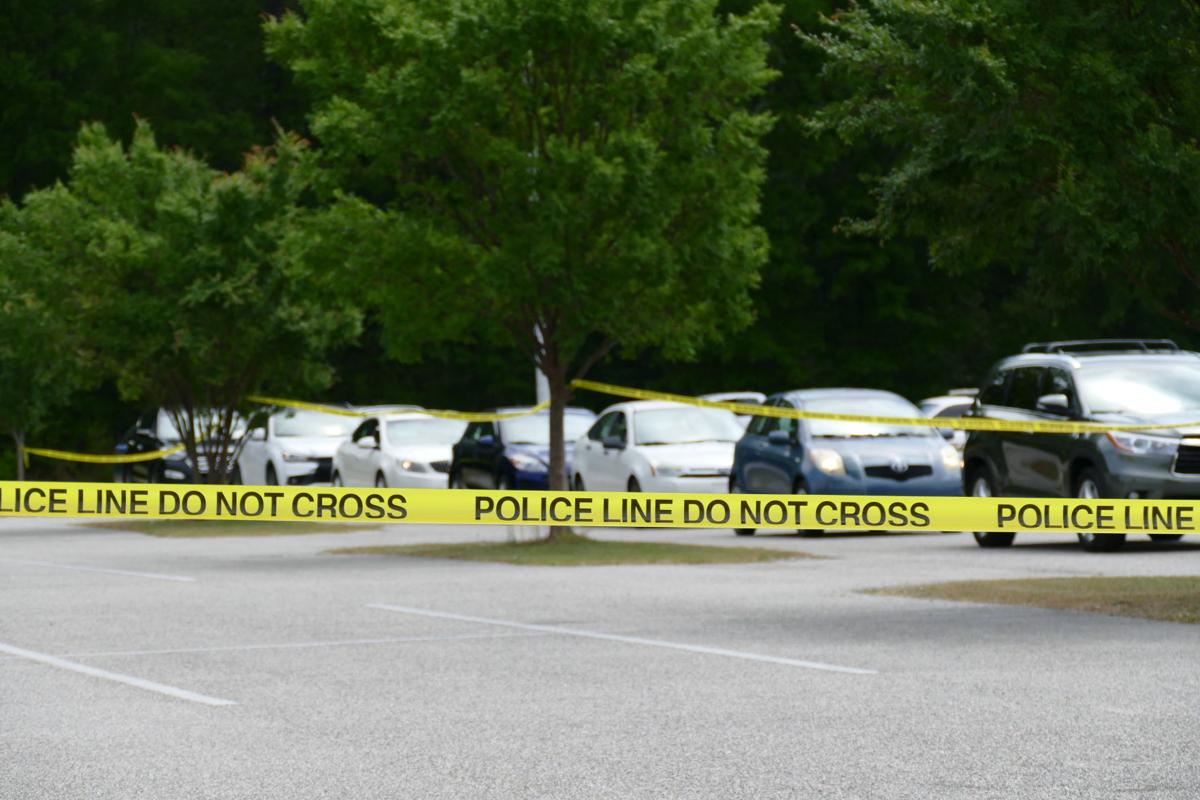 In the early days of the COVID-19 pandemic, it wasn’t easy for anyone to get tested. For someone without symptoms, it was all but impossible.

Due to a lack of test kits and reagents – chemicals vital to the testing process – the Centers for Disease Control and Prevention had very strict guidelines in place for who was eligible.

But as supplies become more available and the list of symptoms for the viral disease gets longer, the CDC has loosened the criteria and states are ramping up their testing capacity to get a better idea of how many people have been infected. That’s especially important since people can carry and spread the disease before showing symptoms, or without ever showing any symptoms at all.

South Carolina has a goal to test 110,000 South Carolinians per month, or 2 percent of the population.

The S.C. Department of Health and Environmental Control is trying to meet this goal through the use of mobile testing sites across the state, and has published a list of all testing sites on its website, which is updated whenever a new site is announced. DHEC runs some of the sites and some are run by other providers, like the Medical University of South Carolina.

Tidelands Health announced Tuesday morning that it would parter with the S.C. Department of …

Most of them are free, including the soon-to-be-scheduled sites in Horry County, hosted by Tidelands Health.

But how do the testing sites actually work, and what does a test feel like?

For months, I’ve been curious. All the anecdotal evidence I’ve heard through comments on social media and first-person accounts made the nasal swab test sound like an absolutely miserable experience.

But when a friend of mine told me on Friday that her mom had been getting body aches and lost her sense of taste, I figured I’d err on the side of caution and get tested myself. To be clear, neither I nor my friend have shown any symptoms, although I'm doing my part to slow the spread by wearing a mask in public and keeping my distance from others.

A free mobile testing site hosted by MUSC in Hartsville from 10 a.m. to 3 p.m. Monday was the closest and soonest testing event I could find, and I got the OK from my editor to make the trip.

Shortly after 8 a.m. Monday morning, with entirely too much coffee in my system, I fired up my truck and began the 2-hour journey north. I cruised through Marion County, past Darlington Speedway and finally arrived at Byerly Park in Hartsville.

I pulled up behind a long and winding line of vehicles at about 10:15 a.m. and immediately began to regret all the missed opportunities for a bathroom break.

After more than an hour of alternating between idling in park and rolling a few car lengths at a time, I got to the testing area and made first contact at 11:29 a.m.

A woman in a red shirt and a National Guard soldier in uniform walked up to my truck holding clipboards. Both wore masks.

The woman asked for some basic information: my date of birth, address, phone number, and whether I’d been exposed to anyone with COVID-19. And also how long I’d been in line. I told her about an hour and 10 minutes and immediately felt guilty when I realized it had actually been an hour and 15 minutes. (Truth is very important to us reporters. I’m hoping the journalism gods let this one slide.)

The clipboard folks tucked a small elongated plastic bag under my windshield wiper and told me to drive to drive up to the next soldier with a clipboard. The second clipboarder stopped me until a testing station was open, and directed me to the correct tent.

A woman with a protective gown, gloves and face shield who said her name was “Pat” stepped out from under a blue awning, walked up next to my door and grabbed the plastic bag. Turns out, the bag held the testing kit.

Pat made sure my truck was parked before handing me a tissue. Following her directions, I rolled up my window, blew my nose and rolled the window back down again.

She told me to take a deep breath and tilt my head back. She took what looked like a double-length Q-tip and slid it into my left nostril until it reached the back of my nasal cavity, where she rotated it for exactly 10 seconds, counting out loud so I knew when it would be over.

She got to “10,” removed the Q-tip and jokingly thanked me for the "brain swab."

I was anticipating a terrible experience, but the test didn’t live up to the hype.

The nasal swab didn’t hurt. It felt more like a cross between a scratch and a tingle in the space between my nose and throat.

Obviously, it’s not fun to sit still while someone sticks a swab down your nose, but the idea of what’s happening is worse than what actually occurs, which is just some minor discomfort.

One thing I didn’t expect: my left eye – the same side as the nostril where Pat inserted the swab – teared up a bit and my face tinged red. My right eye was unaffected.

I thanked Pat for the hassle-free test and drove off. Not counting the wait in line, the testing process took less than 10 minutes.

I left the park feeling relieved by the anticlimactic nature of the whole operation.

MUSC spokesperson Tony Ciuffo said workers tested 433 people at the site on Monday, and that residents should be notified of their results within 72 hours. I got a call Tuesday from a doctor. I tested negative, meaning I don't have COVID-19.

On Tuesday, Tidelands Health announced it was partnering with DHEC to set up free testing clinics throughout Horry, Georgetown and Williamsburg counties. The healthcare system didn’t announce exact dates and times, but said clinic locations will include Coastal Carolina University, Myrtle Beach Pelican’s Stadium and some Tidelands locations. No pre-screening is required.

As DHEC increases testing, the number of lab-confirmed cases of COVID-19 will start to increase, not necessarily because the virus is spreading faster, but because more people who have previously gone uncounted will be included in the state’s tally.

For example, while South Carolina has a cumulative total of more than 9,000 patients with a lab-confirmed case of COVID-19, DHEC believes that the actual number of people who have had the virus is closer to 65,000, accounting for all the undiagnosed and asymptomatic cases.

So to protect yourself and others, wear a mask, keep your distance, wash your hands and get tested.

START YOUR OWN THRIFT STORE