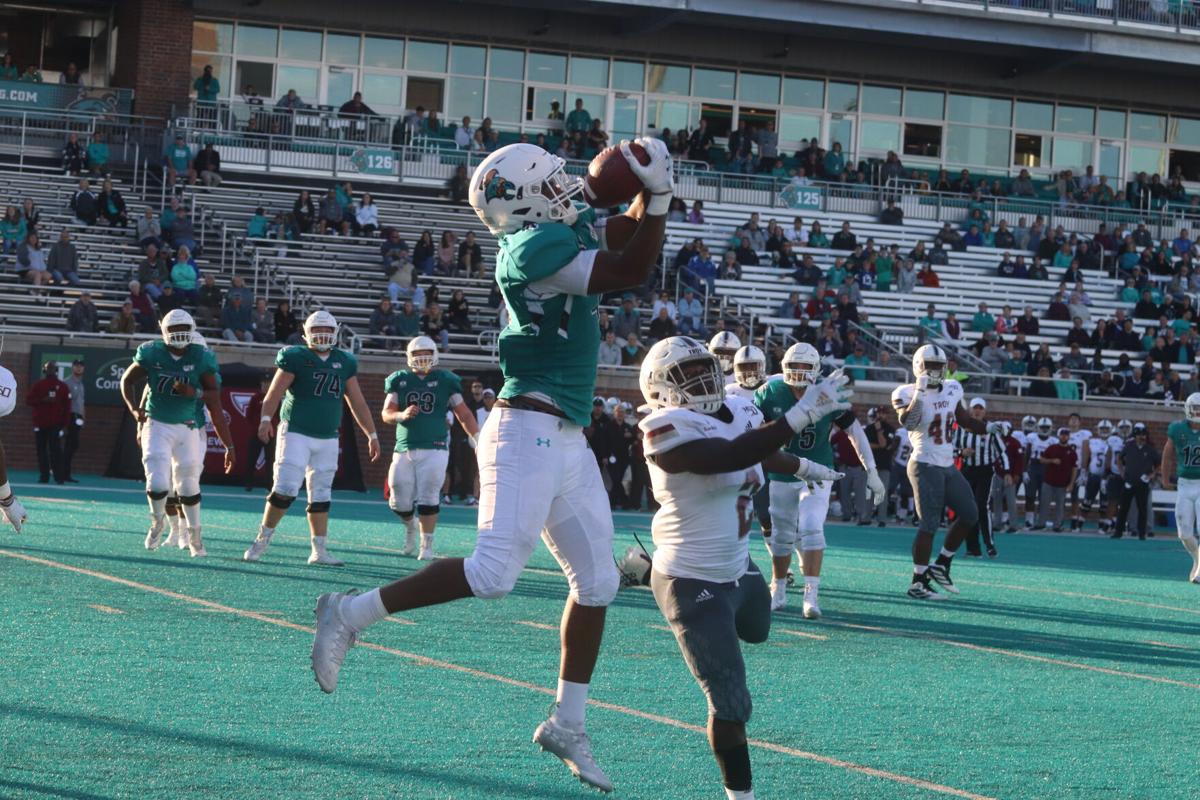 Coastal Carolina added Campbell to their revised 2020 schedule and will play 11 games this season, including six at home. Photo by Ian Livingston Brooking 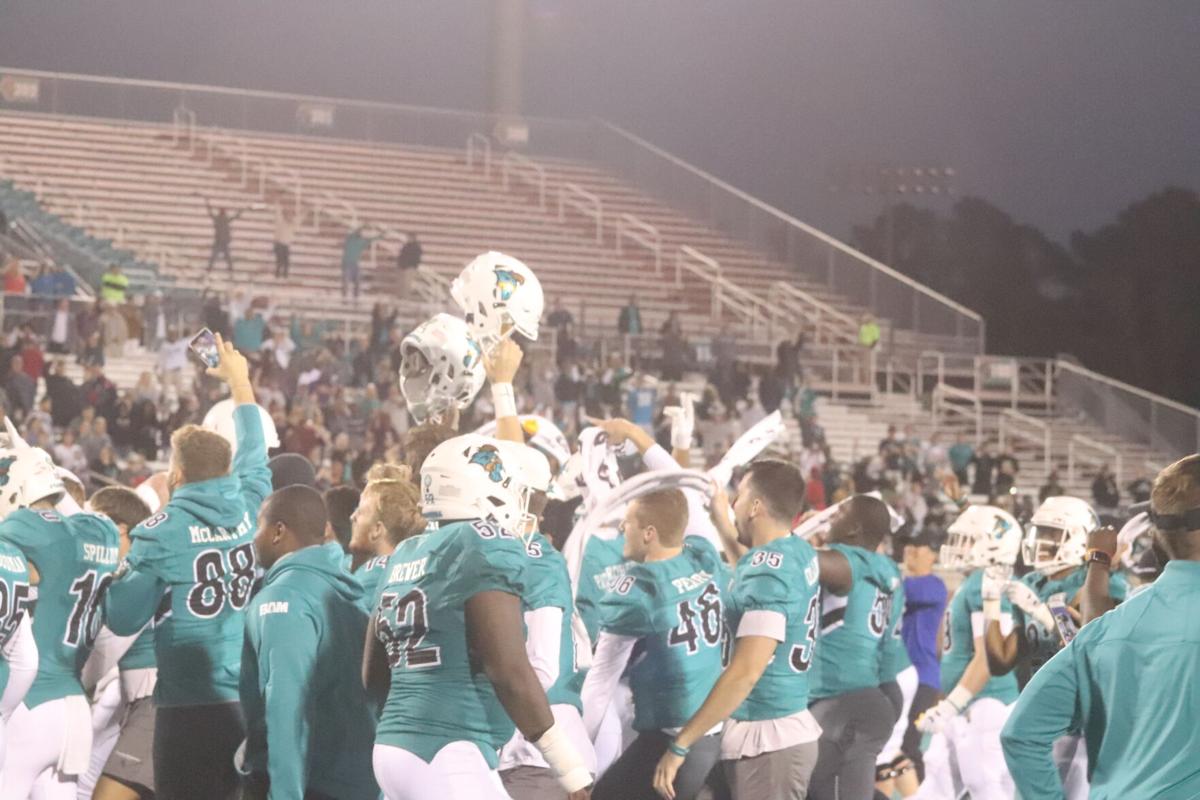 CCU players storm the field following their 36-35 comeback win over Troy on Nov. 2, 2019. CCU travels to Troy this season on Nov. 14. Photo by Ian Livingston Brooking. 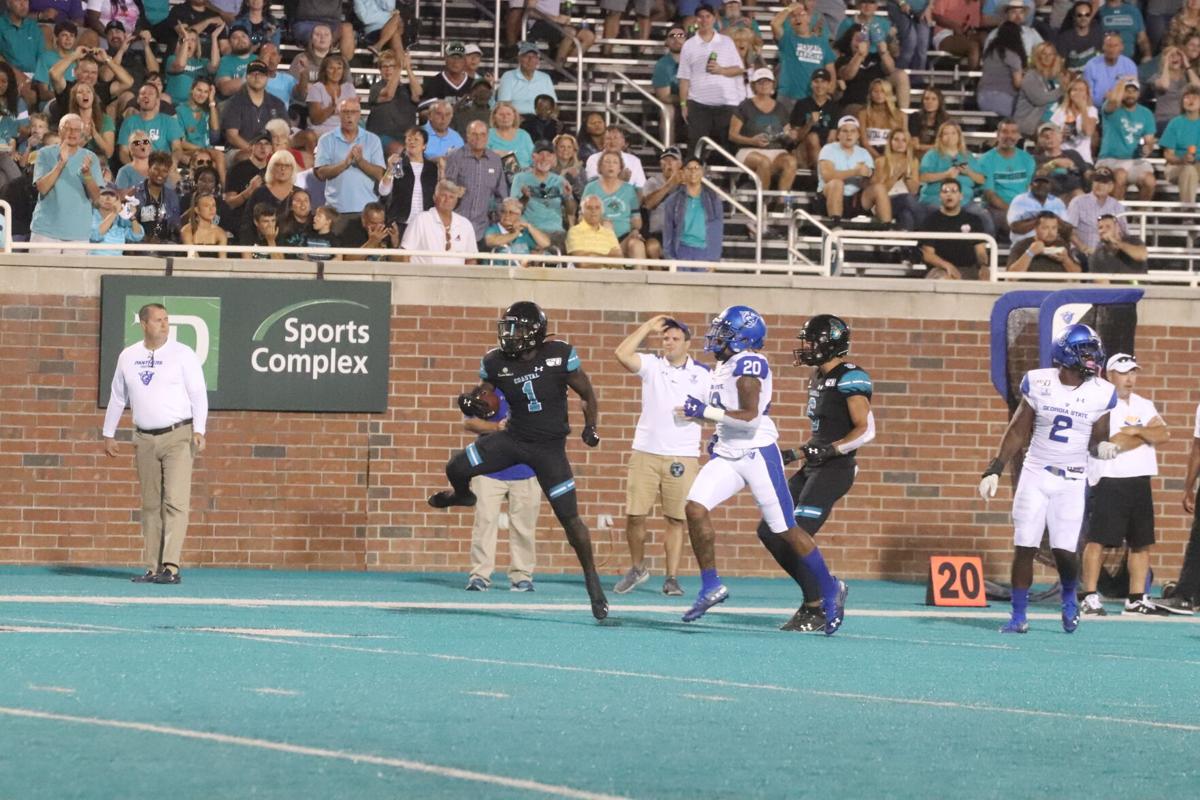 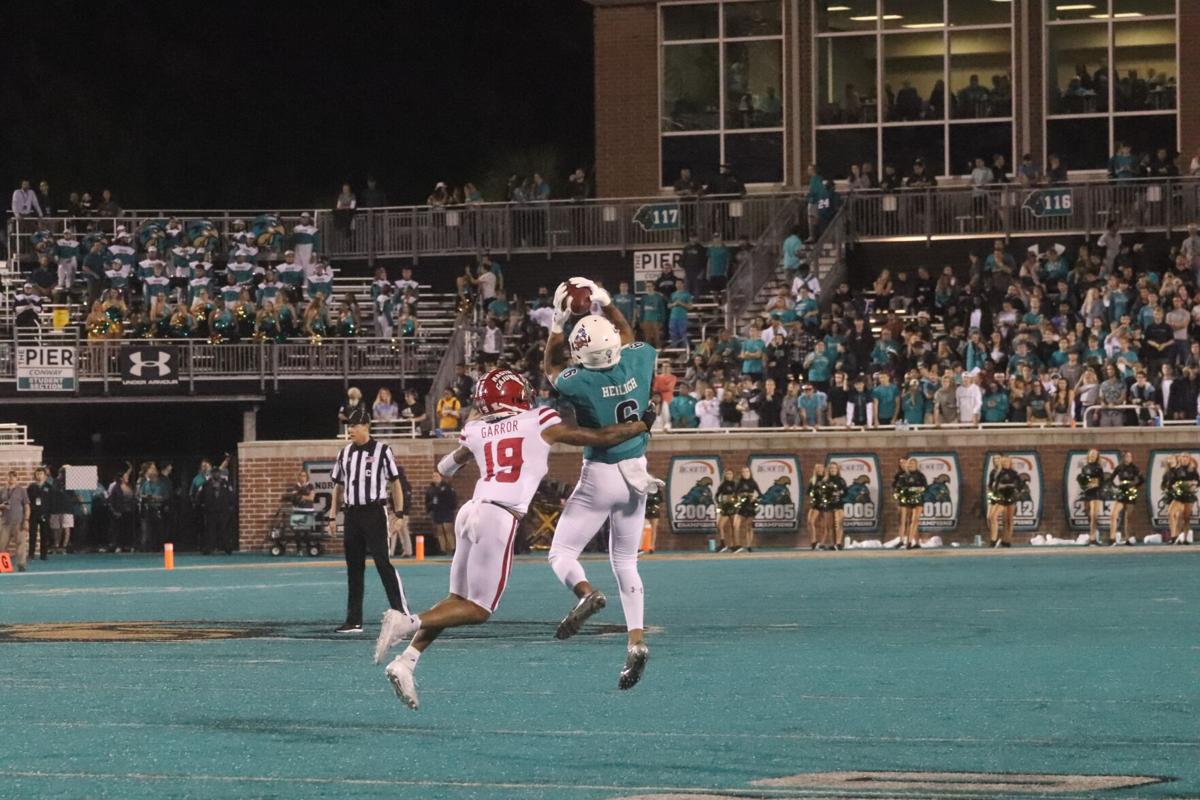 Coastal Carolina looks to open the season with a big win over Power 5 opponent Kansas on Saturday, Sept. 12 in Lawrence. Kickoff is set for 10 p.m. EST on Fox Sports 1. Photo by Ian Livingston Brooking. 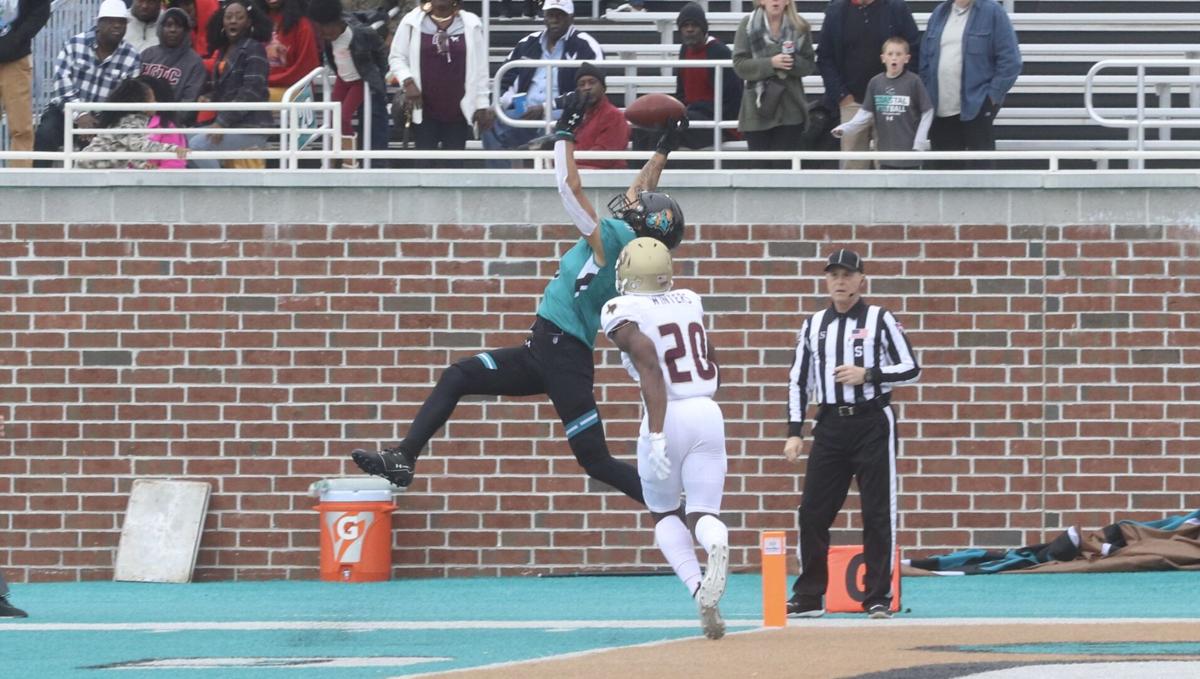 The Chants squeaked out a 24-21 win over Texas State on the final day of the season last year. Chants will travel to San Marcos on Nov. 28. Photo by Ian Livingston Brooking.

Coastal Carolina on Monday announced the addition of Campbell to the Chanticleers' 2020 football schedule, rounding out their 2020 schedule.

The game will take place Sept. 19 at Brooks Stadium in Conway. The addition of Campbell makes it 11 total games that the Chants are scheduled to play this season.

After South Carolina, Eastern Michigan and Duquesne had to cancel their matchups for the 2020 season due to their conferences' decisions regarding COVID-19, the university has worked with any remaining programs for possible matchups.

While some of the major conferences such as the ACC and Big 12 have limited the amount of non-conference games they can play this season, the Sun Belt has allowed their programs to schedule up to four non-conference opponents.

The matchup between the Chants and Campbell will be just the second meeting between the two schools. The last matchup happened in 2018 and Coastal defeated Campbell 58-21. The game was moved up four days and relocated to Buies Creek, North Carolina, instead of Conway due to Hurricane Florence.

With the addition of Campbell, CCU has officially finalized its 2020 schedule.

The Chants will start the year out in the Midwest with a matchup against Kansas on Sept. 12. Last season, CCU defeated the Jayhawks 12-7, achieving the program's first win over a Power 5 school. This year’s matchup was originally scheduled to be played in Conway. However, due to the Big 12 announcing that its members can play just one home non-conference game this season, the two schools decided to keep the series alive with Kansas hosting the Chants in 2020.

Coastal will host the Jayhawks at Brooks Stadium next season on Sept. 11, 2021.

After their matchup with Kansas, the Chants will return to the Grand Strand for their home opener against Campbell on Sept. 19.

The Chants will take a week off before returning to Brooks Stadium to host Arkansas State on Oct. 3.

After another week off, the Chants have a busy few weeks to close out the month of October. Coastal will travel down to Louisiana to take on Louisiana-Lafayette on Oct. 17 and they hope to exact revenge for the 48-7 drubbing the Ragin’ Cajuns handed the Chants in 2019 at Brooks Stadium.

The Chants return home the following week to take on Georgia Southern on Oct. 24 before a short week takes the Chants down to Atlanta to take on the Georgia State Panthers on Oct. 29.

The matchup between the Chants and the Panthers on Oct. 29 (a Thursday) is scheduled to be televised on ESPNU.

The next four weeks of the schedule will include home matchups against South Alabama (Nov. 7) and Appalachian State (Nov. 21), and road trips to Troy (Nov. 14) and Texas State (Nov. 28).

The Chants are scheduled to play the final game of the 2020 season against longtime foe Liberty at Brooks Stadium on Dec. 5.

Times for these games will be announced at a later date.

Should county support q $166 million solar farm in the western part of the county?

Horry County Council is considering awarding incentives for a $166 million solar farm in the western part of the county. County officials say the project could bring in more than $550,000 annually to the county, potentially for 30 years. But some council members remain concerned about how to dispose of the solar panels once their lifespan is finished. Should the county support this solar project?