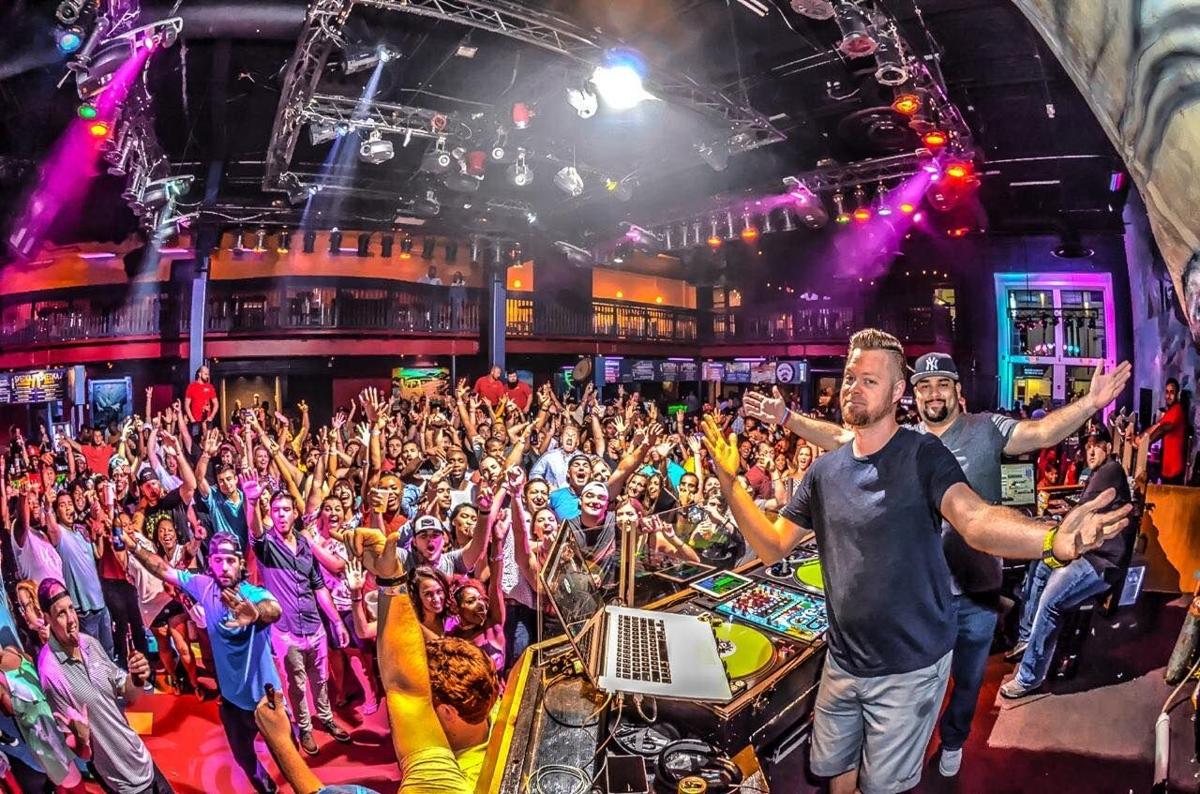 DJ Eyecon (up front) and DJ Comix (behind wearing a Yankees hat) were two resident DJs at Celebrations Nitelife and always brought the heat with the beats every night they took the stage. Photo courtesy to DJ Comix 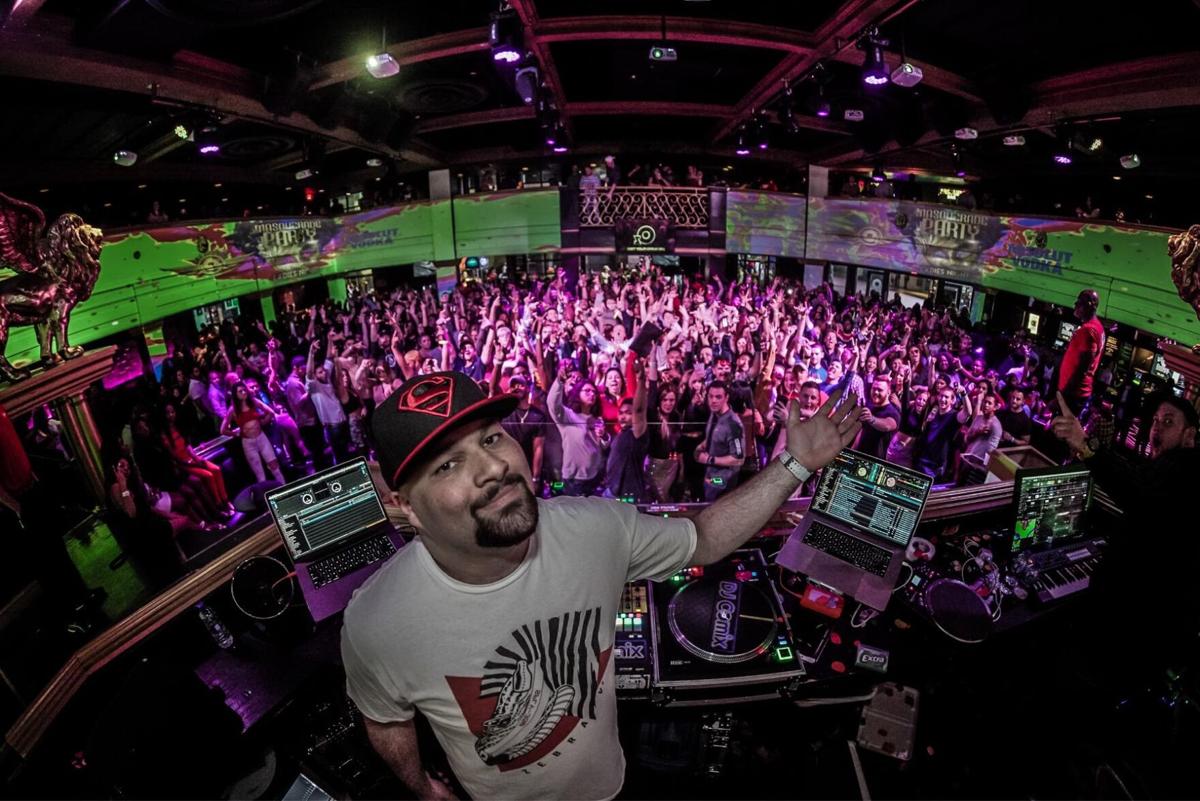 DJ Comix poses with the crowd during another wild night at Celebrations Nitelife. Photo courtesy to DJ Comix.

DJ Eyecon (up front) and DJ Comix (behind wearing a Yankees hat) were two resident DJs at Celebrations Nitelife and always brought the heat with the beats every night they took the stage. Photo courtesy to DJ Comix

DJ Comix poses with the crowd during another wild night at Celebrations Nitelife. Photo courtesy to DJ Comix.

No one knew it, but Celebrations Nitelife’s St. Patrick’s Day party was the club’s last party.

“Looking back on this, that is what makes the situation so tough for myself and the other employees is that we never truly had that huge final bash,” said DJ Eyecon, one of the club’s resident DJs. “None of us knew that was going to be the last night that we were ever going to be there.”

For 25 years, Oz The Experience, Malibu’s Surf Bar and The Patio - the three clubs in Celebrations Nitelife - have offered the area some of the wildest parties, hottest beats and incredible memories. Sadly, all fun things come to an end.

On July 31, the local nightclub shared the news of its closing.

“As the lights come up and the music fades, we would like to thank you for letting us be the soundtrack to your night for all these years,” said the club in a Facebook post.

No longer will the club offer local party-goers an endorphin rush fueled by strobe lights, fog, and dozens of sweaty bodies vibing to the beat.

“I can speak mainly from the CCU community that for the students [Malibu’s] always offered a weekend getaway to dance our worries away and relax a bit from the university,” said Ryan Davis, who graduated from Coastal in 2018.

“Some of the best memories of Oz are going there with my coworkers, interns and friends after work and spending time in the VIP area,” said Hayden Bannick, a junior at CCU. “We never had a bad experience, always had tons of fun listening to the music and dancing."

For Cheyenne Cunningham, a 2018 Coastal grad who later moved to Charleston to pursue a law degree, Oz was a place she looked forward to visiting when she would make her return to the Grand Strand.

“When I graduated from Coastal, my hypothetical jersey hung from the rafters but I always enjoyed coming back to Oz because myself and my closest friends had become friends with the staff,” said Cunnigham. “Most of my college memories and happiness associate heavily with dancing at Celebrations Nitelife.”

The club held its St. Patrick’s Day party on March 17. The party usual coincides with college kids coming to the area for spring break.

“Typically, Celebrations was a mecca for spring break and I can tell you personally that that timeframe was going to help us get through the year because it just was bananas,” said DJ Eyecon. “You are talking about putting over 1,000 people in those two rooms on a nightly basis, seven days a week.”

DJ Comix, another popular DJ at Celebrations, said that those spring break times were “some of the best memories”.

“We have had so many great nights in Malibu’s and Oz,” said Comix. “Spring break really was a highlight of working there.”

Then on March 18, Malibu’s closed its doors “out of an abundance of caution” amid the pandemic’s viral uncertainty.

Originally, the megaclub had planned to reopen. Until they didn’t.

“I honestly thought we would be back in about a month or two,” said Comix. “That last night, my focus was kind of on being safe so I didn’t really get to take in what was that last night of being at Celebrations. I wasn’t really thinking about the place shutting down, which kind of makes it a little more depressing.”

Representatives from the club could not be reached for comment.

The three-in-one megaclub was a staple at Broadway at the Beach to the Myrtle Beach nightlife scene in general. Comix said that he is proud to a part of that legacy.

“There are a lot of great venues here for nightlife but there is nothing that is a true night club like Celebrations,” said Comix. “Now that that is gone, it doesn’t exist here anymore and it’s sad that future generations won’t get to experience what previous generations had and what I got to experience from the DJ booth.”

Malibu’s also did plenty of charity work, hosting fundraising events for local residents in their most vulnerable stages of life and donating to organizations like the Myrtle Beach Fire Department, the Rhonda Brown Foundation, the National Autism Foundation, the Humane Society, the City of Myrtle Beach Recreation Department and local area high schools.

“I think it’s a huge loss, not only for the college students in the area but for the Myrtle Beach community because of what that company did for the area,” said Davis.

Eyecon said that he was grateful for the opportunities that Celebrations gave him and his fellow DJs to help people have a good time.

“When you look at what us DJs do, it is our job to sell ourselves as someone that can throw a good time,” said Eyecon. “Celebrations gave us a huge platform to showcase that and that platform was a massive room on a Friday or Saturday night, with 800 people standing in front of us that came for one reason and that was to party and have fun.”

Celebrations’ 25-year run is something that is unprecedented in the night club industry.

“Typically, you’ll see a nightclub last between three to five years before they get shut down for whatever reason. At Celebrations, we are talking about a brand that lasted a quarter of a century,” said Eyecon. “It’s crazy to think about when you also see that they still had employees that were working there from the beginning.”

While the megaclub has blasted its final beat, the legacy of Celebrations Nitelife will loop on repeat.

Broadway at the Beach is suing two of its former clubs for not paying rent, according to a lawsuit filed in Horry County last week.

The only reason celebrations was closed was because the management of Broadway at the Beach. They didn't care how money the clubs had brought to the area. They didnt care that leases on other clubs owned by Celebrations had let the leases go early so that Broadway could bring in Walburgers and relocate Hard Rock. They only cared about the monthly lease. No loyalty of any kind. None. We didn't close because of covid. We were closed because of greed on the part of Broadway's management. Plain,simple and 100% honest.