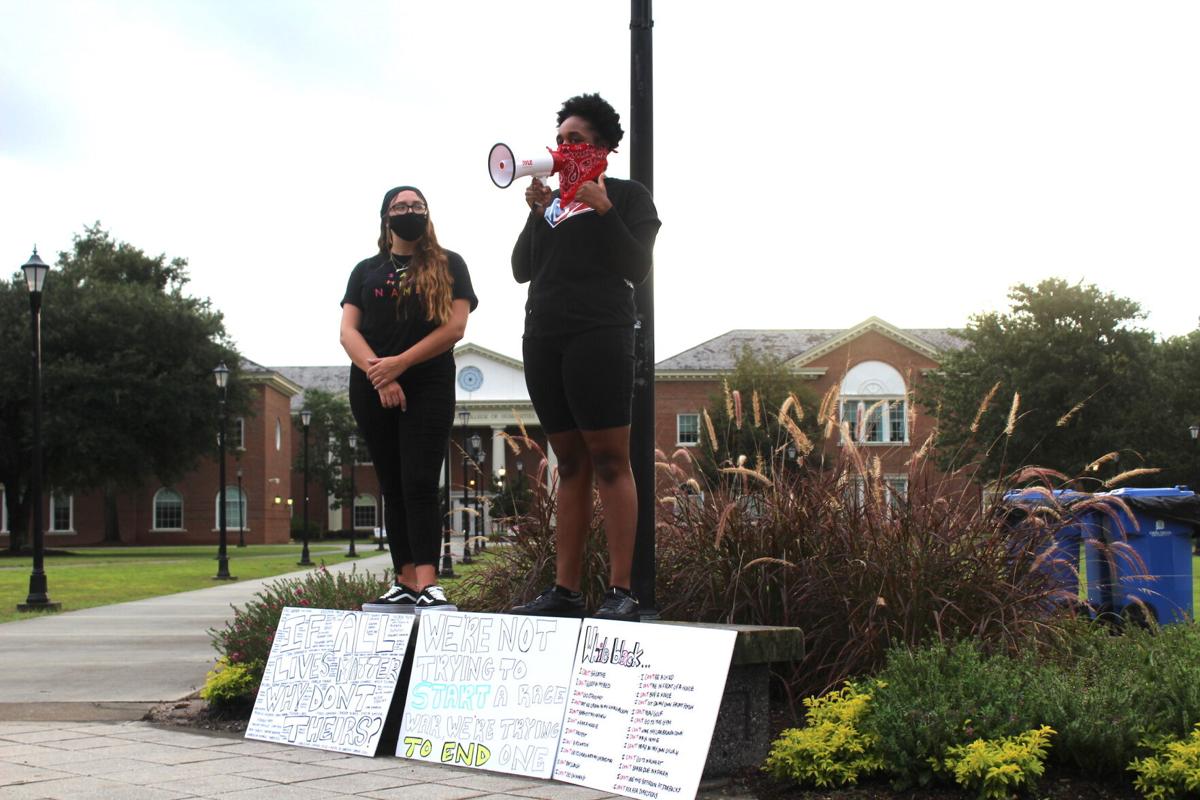 Tyler Williams (left) and Brianna Martin (right) speak to the crowd of about 60 on Prince Lawn at Coastal Carolina University. 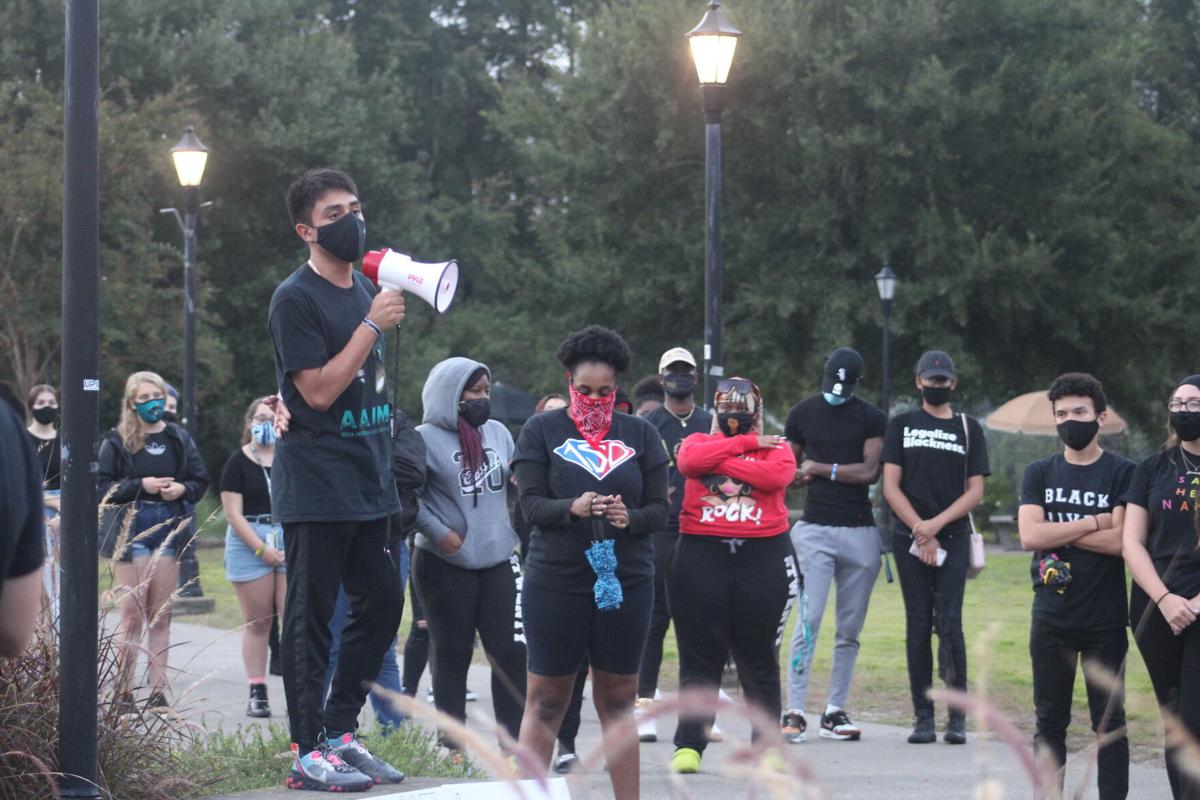 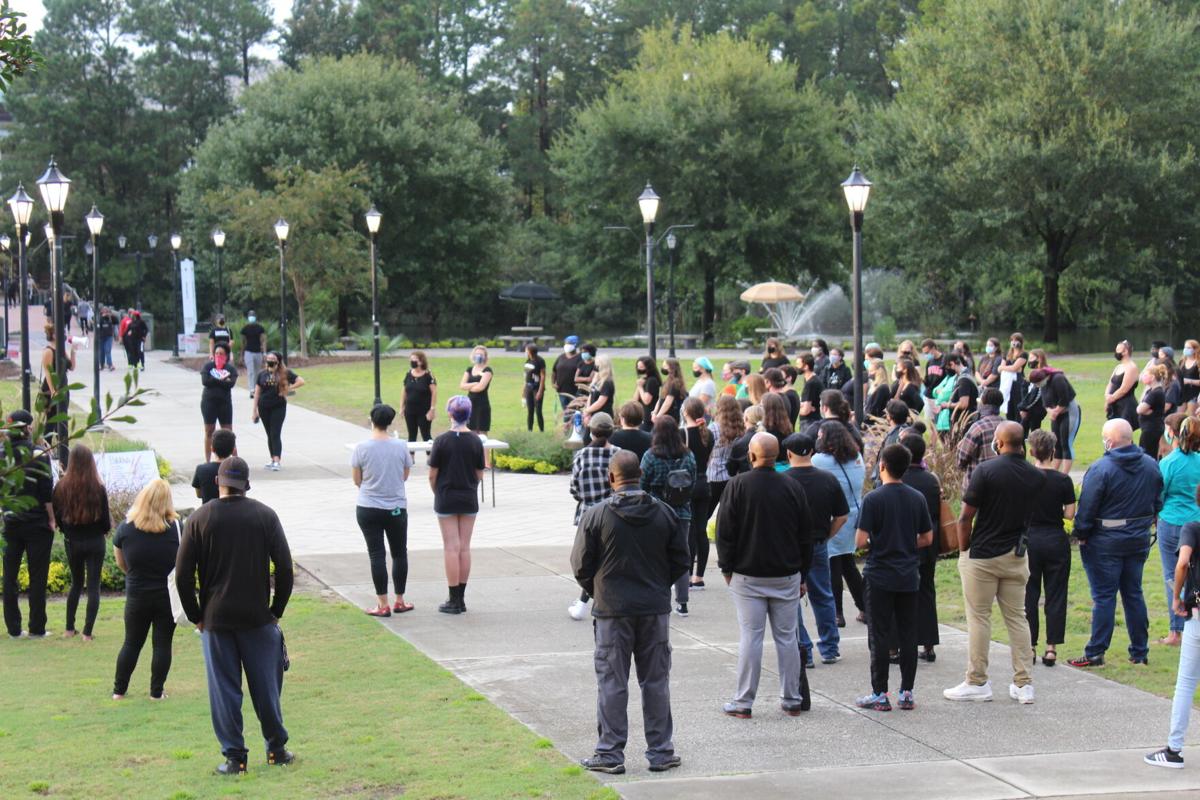 The crowd gathers on Prince Lawn at CCU for the Justice for Breonna Taylor rally Friday night.

Tyler Williams (left) and Brianna Martin (right) speak to the crowd of about 60 on Prince Lawn at Coastal Carolina University.

The crowd gathers on Prince Lawn at CCU for the Justice for Breonna Taylor rally Friday night.

Coastal Carolina University roommates Tyler Williams and Brianna Martin were upset about the recent events surrounding the death of 26-year-old Breonna Taylor in Kentucky, and decided late Wednesday to organize a rally on campus.

“We need to do something,” Martin said. “We can’t be the only people here that feel passionately about this.”

Martin said that she and Williams stayed up late that night making flyers, contacting teachers and friends and sending Instagram direct messages to everyone they knew.

Around 60 people attended their Justice for Breonna Taylor rally Friday on Prince Lawn on the CCU campus, where Williams, Martin, Student Government Association (SGA) President Darwin Flores and others spoke about their feelings on the subject.

In March, police in Kentucky obtained a no-knock warrant and forced entry into the home of Taylor, a Black woman, where her boyfriend exchanged gunfire with authorities, and Taylor died in the exchange. Officers were working a drug case, but no drugs were found in the home.

Recent news that the officers who fired the shots during the raid were not charged with the death of Taylor, a Black woman, has sparked unrest and protest in her home city of Louisville, Ky., and elsewhere.

The flyer for the rally asked students to wear black, wear a mask and "come out to express your thoughts and stand in solidarity over injustice."

Junior Jerardo Perez thought the rally was a good way to let other students know they may not be alone in their feelings.

“It’s a good opportunity to have an open space for everybody to express themselves,” Perez said.

Williams got emotional as she spoke to the crowd, standing on one of the Prince Lawn benches with a megaphone.

“What's goes on in the world today is embarrassing. A person doesn’t have to die for Black lives to matter,” Williams told the crowd. “We need to start speaking up and having more events like this. Every Black woman deserves better.”

Martin said that Black women are “very, very at the bottom tier of society where they shouldn’t be.”

“[Breonna’s] death lit a fire under [me] and made me want to … make sure we all had a voice. We can come together for the right reasons,” Martin said.

Flores, SGA president, said his job was to make sure everyone on campus feels like “we are one.”

“With the national climate right now, it’s hard to see us together … but we control what we see on this campus. We will not be silenced. Use your social media, and stand together. Your leadership goes way farther than these Coastal Carolina walls,” Flores said.