Nancy Hopkins looks out on to her porch at her Conway home on Thursday night. She and her family are isolating in her home after she tested positive for COVID-19. Her father, Robert McCord, died on Wednesday at Conway Medical Center from complications associated with the disease. “I’m at peace. I know he is at peace, but it is hard,” she said. Photo by Janet Morgan/janet.morgan@myhorrynews.com 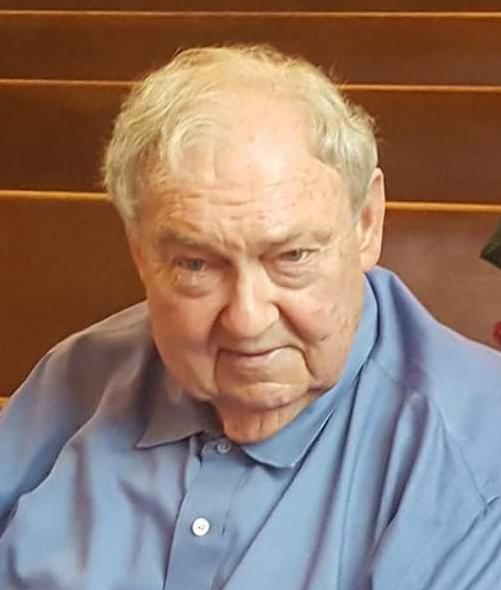 Nancy Hopkins looks out on to her porch at her Conway home on Thursday night. She and her family are isolating in her home after she tested positive for COVID-19. Her father, Robert McCord, died on Wednesday at Conway Medical Center from complications associated with the disease. “I’m at peace. I know he is at peace, but it is hard,” she said. Photo by Janet Morgan/janet.morgan@myhorrynews.com

Nancy Hopkins remembers her father being rushed onto a stretcher and into an ambulance outside his Conway home.

It was the last time she saw him.

Unable to visit him, the final words she spoke to her dad before he passed were uttered over the phone.

She told her father she loved him and would miss him, lamenting the fact the two would no longer be able to dine at restaurants together. Hopkins also thanked him for the lessons he left behind.

“I believe he heard what I said,” she said.

For Hopkins, the bad news has piled on this week.

On Monday, the longtime Conway resident found out she herself had tested positive for COVID-19.

“I was shocked,” she said about the test results. “It just blew me away.”

Now, she remains in quarantine at home, which she has called “house arrest.”

“There’s no such thing as our normal daily lives,” Hopkins said.

The last few weeks have forced her family to rely on their faith. That's something they learned from her father.

McCord read daily devotionals. His favorite Bible passage was Psalm 23, which begins, “The Lord is my shepherd; I shall not want." He was a member of Conway's Trinity United Methodist Church and he served as Sunday school superintendent for many years. Hopkins attends the church, too.

Born in the Oakdale community of Mecklenburg County, North Carolina, McCord lived there until graduating from high school. He moved with his family to Crescent Beach, later relocating to Conway. Even after leaving his native state, his daughter said his fondness for the Charlotte area remained.

McCord is survived by a brother, a son, Hopkins and several grandchildren. While not related to him biologically, Hopkins’ sister, who has children and grandkids of her own, was a daughter to McCord all the same, Hopkins said.

McCord was predeceased by two brothers and his wife.

When her mother died in 2007, Hopkins assured her she would take care of her Dad.

“I made a promise to her that he would never go hungry and he’d always have clean clothes to wear,” she said. “I feel like I kept that promise.”

McCord was a hard worker who cared deeply for his family. As a livestock dealer for over 50 years, he brought up his kids around hogs and cows.

“Instead of riding ponies or horses during my childhood, my brother and I used to ride pigs at the livestock market,” Hopkins said. “But that was fun. I loved it.”

A gregarious man and solid storyteller, McCord always liked having a good laugh. He was punctual, preferring to arrive early, and he was generous. As a tradition, he would buy Hopkins and her sister dolls for Christmas, even when they were teens and young adults.

The family made trips to Columbia to watch the Gamecocks play and they frequently ate together in downtown Conway restaurants.

Later in life, McCord relished his time as a flea market vendor. He liked engaging with customers and making deals.

Hopkins said her father first showed signs of sickness toward the middle of last month.

On March 16, she thought he had a cold or seasonal allergies. His nose was running and his breathing seemed different.

“I was already aware of the coronavirus, but I didn’t think he had it,” she said, adding that she began closely monitoring his condition.

Hopkins asked her father if he felt he should see a doctor, but he thought he'd be OK.

The next day, McCord looked to be improving. But by the following evening, things changed.

Hopkins went to his home to take him supper. When she pulled up, she was alarmed by the open windows at his small apartment.

There, she found her father was gasping for air. He was sweating profusely. Looking back, Hopkins wonders how he was able to get to his door to let her in.

She called 911, and her father was taken to the hospital.

By then, Margo Strong, the wife of McCord's pastor Kim Strong, was presumed positive for COVID-19, and Hopkins feared her father may also have the virus.

She recalled not saying goodbye to him the day he was taken to the hospital. She had hoped he would be OK. Instead, she told her Dad she’d be with him every step of the way.

But when she arrived at the hospital and parked outside the emergency room, she was told she must wait in her car.

Later that night, she learned her dad was being admitted to the critical care unit and that he would be in isolation. He was tested for COVID-19, placed on a ventilator and given sedatives.

“That first night when I found out how seriously ill he was, I wasn’t sure that he would make it through the night,” Hopkins said.

She was told she’d be provided updates on her father’s condition through phone calls.

At the hospital, McCord was treated for acute pneumonia. He experienced cardiac issues and had a fever.

March 18 began a waiting game, and Hopkins said it eventually became apparent that he wasn’t getting better. She began to realize he would not make it.

“The longer we went with no improvement, that was just a recurring thought in my mind,” she said.

The day after her Dad’s hospitalization, Hopkins herself went into isolation as a precaution.

Having to rely on updates through the phone was difficult, and not being able to see her father made it even worse.

On March 24, she was notified McCord had tested positive for COVID-19.

The day she received her father’s test results, the state Department of Health and Environmental Control contacted Hopkins and recommended she call her doctor. The state agency also spoke with her two children and husband.

Hopkins was tested for the virus on March 26 and the results came back positive Monday. So far, Hopkins said, she’s experienced headaches and fatigue.

Soon after Hopkins was notified of her test results, her spouse and kids notified their employers about the news.

The family remains quarantined at their Conway home.

Also on Monday, Hopkins’ family had to begin thinking about whether they wanted McCord to continue using a ventilator as life support.

“Those were agonizing days,” she said.

Long before he became sick, McCord had decided he didn't want to be kept alive that way. With that in mind, the family decided to have him removed from the ventilator.

Hopkins praised the hospital’s staff for the way they treated her family. In spite of her hardships, she said their compassion was comforting.

A nurse reached out to Hopkins and gave her and other loved ones the chance to say their goodbyes over the phone.

“She gave me something I get to carry with me," Hopkins said. "I could hear my Dad breathe one more time. I’m so grateful for that opportunity. It brought a sense of peace to all of us at the very end.”

Before he died, she told her father he’d be getting his eyesight back, as his vision had deteriorated over the years.

“To me, that just speaks volumes of the character of those people,” she said.

Even before her family's physical struggle with the virus, the pandemic had affected Hopkins, who teaches English at the Academy for Technology and Academics. In recent weeks, she’s shared updates with her students as instruction shifted online.

“Times are tough for a lot of people,” she said. “There’s no quick fix for what we’re going through right now.”

The disease has even impacted the commemoration of her father following his death.

The family must now have a graveside service, and the funeral has been delayed for at least two weeks. The number of attendees can’t exceed 10 people.

She and her father aren’t the only ones in the family who have faced adversity recently. Her brother’s daughter continues to battle cervical cancer.

Despite their difficulties, Hopkins remains grateful for the support and outpouring of condolences from the community. She said their prayers have helped her family endure.

Friends have left food at her home, and one day a local pharmacy called and asked if her family needed anything.

But being isolated is hard at times. While she knows she's fighting the same disease that killed her father, she tries not to think about it. And she leans on her siblings as they try to cope with their grief.

“We’ve all been strong for each other, even though we’re not together physically,” she said. “We’re all sad.”

Trinity UMC Conway has had it rough.